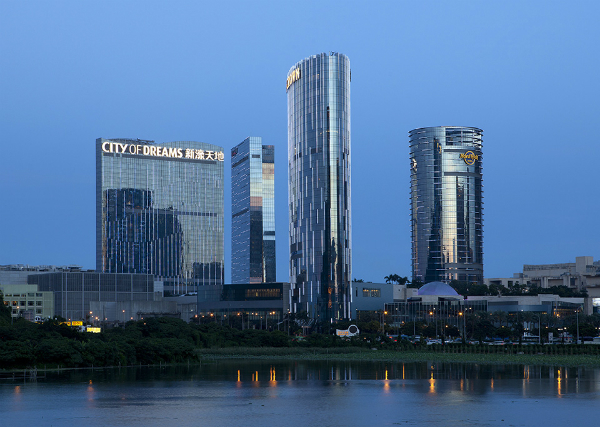 Group wide adjusted property EBITDA was US$353.3 million, representing an increase of 42 percent year-on-year from US$248.8 million in 16Q1.

Total net revenue for the first quarter of 2017 was US$1.3 billion, representing an increase of approximately 16 percent from US$1.1 billion for the comparable period in 2016.

Mr. Lawrence Ho, chairman and chief executive officer, said the  strong EBITDA growth was “driven by expanding revenues across both Macau and the Philippines.”

“The year-on-year improvement in Adjusted EBITDA was primarily a result of greater rolling chip gross gaming revenues and increased non-gaming revenue,” said the company in a statement.

Studio City recorded net revenue of US$277.9 million in 17Q1, compared to US$178.7 million in 16Q1. Adjusted EBITDA rose to US$67.8 million in the quarter, as a result of the commencement of rolling chip operations in November 2016 and better performance in mass market table games segment.

Other notable results came from its Manila operations, which recorded a fifth quarter of record adjusted property EBITDA in 17Q1.

“The company has seen VIP players coming back and spending more,” said Bernstein in a Thursday note. “Junkets are more flexible in terms of credit extension according to the management and are feeling better about the market. Though management is excited about the market recovery, it is still difficult to tell if VIP could continue to grow at double digits. While VIP was a focus of discussion, the company reaffirmed that success will come from Mass.”

“We believe over the long-run MLCO remains the most undervalued stock in the Macau gaming space but with several catalysts playing out over the medium term (including better ramp up at Studio City, CoD defending its market share in Premium Mass after the Wynn Palace opening, the company now taking market share in VIP, and in the long-run an eventual buyout of the minority interest in Studio City),” the brokerage noted.