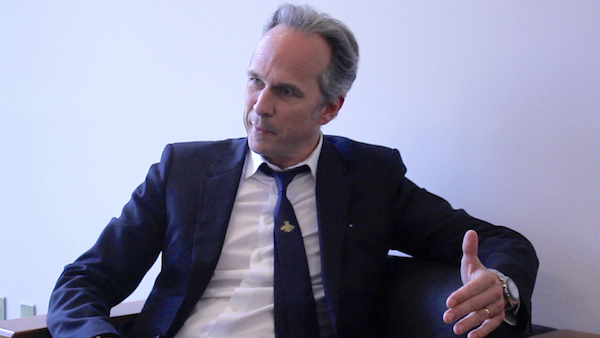 Frederic Winckler, executive vice-president and chief marketing and brand officer of Melco Resorts & Entertainment, tells Asia Gaming Brief in an exclusive interview that his company’s IR bid in Japan is firmly focused on the future.

“It’s understanding all the things that we can pick up from around the world that are showing us where the world is going,” he said, “It’s about what’s next, not about what’s yesterday.”

Winckler makes a distinction between Melco’s truly global vision and that of some of its competitors: “We don’t want to give Japan a bit of Vegas, we want to give the world a lot of Japan.”

Asked if the mystique of Las Vegas might give his US competitors an advantage in some Japanese minds, he commented, “We think what we’ve got is not a hurdle but an advantage, which is that we understand better Asia than they do.”

As for Melco’s recent investment in Crown Resorts of Australia, Winckler pointed out that it reaffirms that his company is not afraid to operate in even the most difficult jurisdictions.

In the face of MGM and Sands making it clear that they are now focused exclusively on Osaka, Melco is not ready to make that leap, suggesting only that their objective remains to gain an IR license in “big cities.”

Still, Winkler added, “Right now we have offices in Osaka and Tokyo, some more opening soon.”