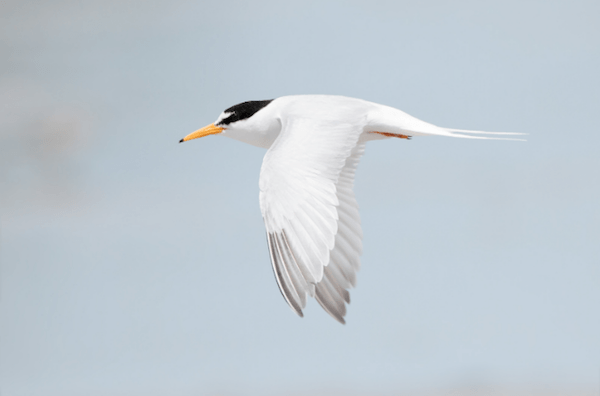 The planned development of Yumeshima may face an unexpected difficulty as local experts suggest that an endangered seabird species called a Little Tern may be using the man-made island in Osaka Bay as its breeding grounds.

A long-established local environmental group called Nature Osaka has already confirmed that Little Terns can be found at Yumeshima in the warmer seasons, though it is not yet confirmed that it is their breeding ground. The group is conducting further investigations.

Since its establishment as a waste disposal site in 1977, most of Yumeshima has remained a grassland with small ponds, gradually becoming richer in bird life. A less endangered bird thought to be found there is the Kentish Plover, as well as many other more common birds.

Environmental impact surveys will naturally be made in advance of Yumeshima’s development for the 2025 World Expo and the anticipated IR, but the revelations regarding the Little Tern may signal that there will be areas of concern.