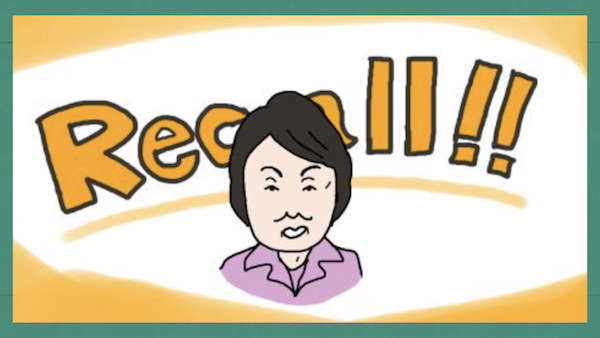 All of the candidate locations seeking IR development are facing local citizen protests of one sort or another, but the one that really deserves attention is the recall campaign against Yokohama Mayor Fumiko Hayashi.

Hayashi was always going to face substantial local political difficulties pushing her IR development plans to fruition, but her own dishonesty is the root cause why she truly needs to fear the gathering recall campaign against her.

Back in 2016, Hayashi made clear that she supported IR development for the Yamashita Pier location, and her administration commissioned a number of studies and assigned staff to the project.

But when Kazuyoshi Nagashima, a former one-term House of Representatives lawmaker and former mayor of Zushi, threw his hat into the ring in January 2017 to challenge her reelection as mayor, Hayashi opted to engage in a deception.

Nagashima made opposition to a casino the centerpiece of his campaign against her, and Hayashi obviously didn’t want to campaign on that policy battlefield, where she knew most of the local public would be against her. Therefore, in order to put the IR issue off the center stage, she quickly claimed that she had changed her pro-IR development views and had become a “blank slate” on the issue.

The two challengers she ultimately faced in the July 2017 election both asserted that her pro-casino stance had not, in fact, changed, but by dodging the issue, Hayashi herself was able to stick to discussions highlighting her previous eight-year record as mayor.

Hayashi won her third term against her two challengers by a very comfortable margin, even as exit polls revealed a very strong majority of the local public against casino development. She then played for time for more than two years, keeping up the public pretense of being a “blank slate” on the matter, all the while making quiet preparations.

It should be pointed out that Hayashi could have taken another road. The political leaders of Osaka, Wakayama, and Nagasaki, for example, took ownership of their respective pro-IR policies even though it was of some political disadvantage to them. Now they face no similar recall campaigns because they faced their elections honestly and prevailed in spite of their pro-IR platforms. Indeed, Hayashi probably could have won in July 2017 in any case.

Hayashi’s announcement in August 2019 that she was not only in favor of IR development, but felt a “sense of crisis” that it was absolutely necessary for the future well-being of the city, didn’t sound much like someone who had only recently and reluctantly moved away from being a “blank slate.”

Casino opponents in Yokohama were naturally appalled, though not really surprised. They could now go to the less committed members of the public with the strong argument that Hayashi was a liar who had betrayed the public trust and must therefore be recalled.

Indeed, it is very difficult to argue that Yokohama’s IR candidacy has any democratic legitimacy. There has been no popular referendum and not even a mayoral candidate who has won office on a pro-IR platform.

Moreover, the Hayashi recall campaign looks much better organized than just the usual picket lines of a handful of elderly Japanese. They have a website and active social media accounts. They are recruiting volunteers and appear to have the joint backing of all of the left-of-center political parties.

Their website explains why the recall approach is necessary: “It’s very sad to relate, but the mayor and the city council, despite the voices of the citizens speaking out in opposition to casinos, intend to forcibly make a casino bid. Looking at the mayor’s attitude so far, if we want to stop this casino bid, there is simply no other option than to recall the mayor.”

Covid-19 resulted in a delay in the recall campaign, but this week they announced that in October and November they would attempt to collect the roughly 500,000 signatures of local residents that are needed to trigger a recall election.

With its population of about 3,760,000 people, gaining 500,000 signatures in favor of a recall vote is a high hurdle to cross, and most such campaigns fail in Japan.

Still, it would be a mistake to write off its chances entirely. If there is one current IR candidate city where the prospect of a total collapse of a pro-IR administration is quite real, either in a recall vote or in the next mayoral elections scheduled for the summer of 2021, it is Yokohama. (AGB Nippon)