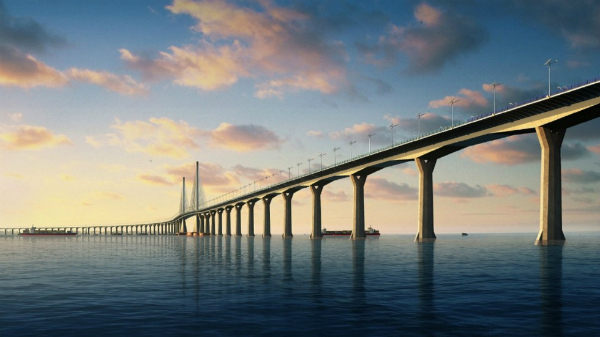 21 people were arrested last week in Hong Kong for the falsification of concrete compression test results relating to the construction of the Hong Kong-Zhuhai-Macau Bridge.

The investigation conducted by the Hong Kong Independent Commission Against Corruption (ICAC), was conducted on Tuesday, May 16, codenamed “Greenfield”.

The investigation has raised “serious safety concerns” over the multi-million dollar bridge, with the government now saying it is investigating whether there would be any safety implications for the bridge.

One expert (quoted by SCMP) warned that in the worst-case scenario, the bridge might even have to be rebuilt.

According to a press release from the ICAC, a total of two senior executives and 19 staff members of a government contractor were arrested after it was found that several site laboratory technicians and laboratory assistants might have submitted false test results to meet contract deadlines.

“During the ICAC operation, it was further revealed that some of the laboratory staff might have replaced the concrete samples by using a metal calibration cylinder and/or high strength concrete cubes to falsify the tests, so that the tests would appear to have been conducted properly. It was suspected that the above malpractice might have started in early 2015,” said the anti-corruption watchdog.

According to a Wednesday SCMP report, development minister Eric Ma Siu-cheung promised the government would examine the safety of the bridge construction.

“If the situation is not that serious, reviewing the existing construction is already enough. Otherwise we will take serious measures and follow up actions,” he said.

In response, the government has ordered workers to immediately conduct non-destructive concrete strength tests on three main projects – the boundary crossing facilities, the Hong Kong link road and the tunnel being built from Chek Lap Kok to Tuen Mun.

Nothing alarming has turned up so far, said the news outlet.

The bridge began construction in 2011, and has met a number of delays since.

The bridge is seen to be positive for mass market gaming operators in Macau, as it would allow for better connectivity between Hong Kong, Mainland China and Macau once operational.