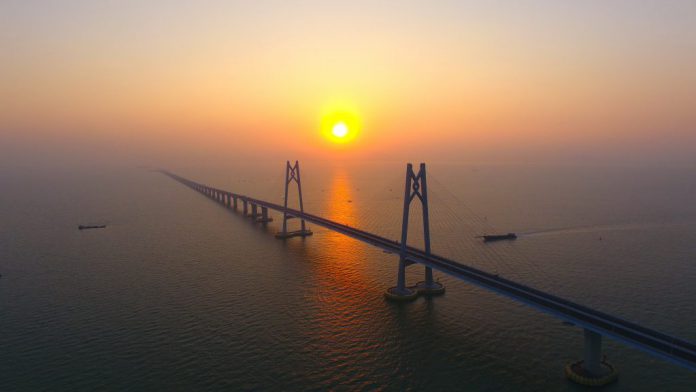 According to a report from TDM News, SJM vice-chairman and CEO Ambrose So said the service will run from the bridge’s checkpoint building to the ferry terminal and other locations with the goal of easing traffic congestion on the bridge.

“We are going to launch a joint venture together to run the shuttle buses with our main goal diverting people to the ferry terminal to ease the traffic pressure of the mega bridge,”said Dr. So.

“Traffic congestion is set to exacerbate if shuttle buses are to be sent by every single gaming firm after the opening of the Hong Kong-Zhuhai-Macau Bridge. The six major gaming license holders are highly concerned about this and have given the government some suggestions to solve this problem,” he added.

The bridge is due to open in the third quarter of this year. It will take approximately 40 minutes to travel along the 43-kilometer long bridge.