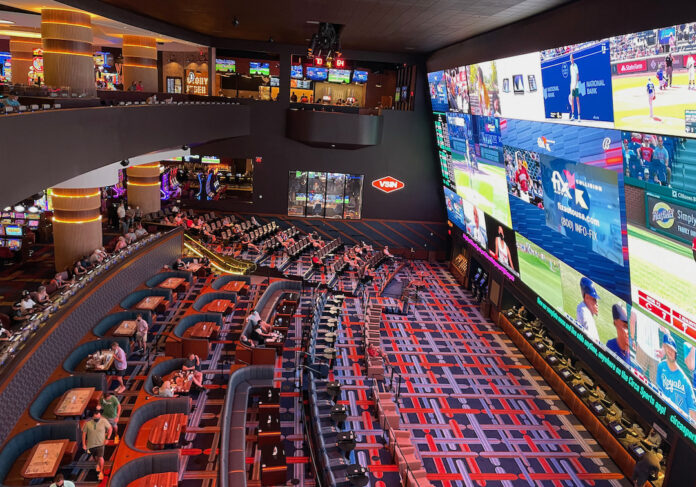 In a 47 pages report on the online casino sector and its future, Deutsche Bank is optimistic about the iGaming growth in the coming years across the US, depending on the considerable legislation support garnered for sports betting and online betting in the post-pandemic era.

With August GGR results out for most states as tracked by the Bank, including and based on congruent assumptions for the yet-to-report markets, the bank estimates August sports betting GGR is likely to approximate $510 million.

With respect to the states that were live for the entire period of July 2022 and have reported both July and August results, sports betting GGR in August shot up 26 percent on monthly basis.

From a legislative perspective, the bank’s Total Addressable Market (TAM) forecast assumes that by 2023 72 percent of the U.S. adult population, which includes 173 million adults in legalized jurisdictions, will have access to sports betting, be it via mobile or in retail locations.

“By 2027, the bank estimates 79 percent of the US adult population to have access to legalized sports betting,” – the report highlighted.

Given the assumed CAGR for the states that operated for the entire fiscal of 2021, as well as the new states the bank forecasts coming online over the 2022–2027-time frame, the 2027 US sports betting forecast is pegged at $12.0bn, unchanged from the prior forecast, the report read.

The Bank argues that it is taking a fairly balanced, realistic approach to the assumptions around the big 3 states, including California, Florida, and Texas, for sports betting, the report emphasized.

Deutsche has effectively embedded a 4.6 percent “same-store” CAGR for states that operated for the entirety of 2021, from 2022 through 2027, the report read.

While the embedded same-store 4.6% CAGR may appear conservative, it is important to keep in mind the impact of promotions on GGR, and, to the extent operators attempt to pivot to more profitable business models, the extraction of promotions would have a negative effect on gross revenue growth rates.