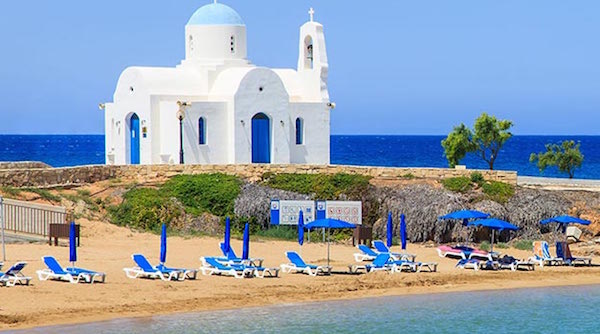 Melco Resorts & Entertainment has agreed to buy all of parent company Melco International Development’s holding in the company developing an IR on Cyprus for $375 million in stock.

Melco International has a 75 percent interest in ICR Cyprus Holdings, which is developing the City of Dreams Mediterranean. The IR is scheduled to open in 2021 and Melco expects the resort to become the largest integrated destination resort in Europe.

Melco will finance the operation through 55.5 million of its ordinary shares, worth about $375 million, it said in a filing to the Securities and Exchange Commission.

The transaction is subject to customary closing conditions, including the approval by certain Cyprus regulatory authorities, and a new shareholders’ agreement with the minority partner. Under the proposed new agreement, Melco will provide corporate-level management services to the ICR Group for a fixed amount of EUR2 million per annum and have the right to receive an allotment of preference shares in the gaming license-holding subsidiary of ICR Cyprus which will provide the right to a preferential dividend, among other terms.

ICR Cyprus holds a 30-year casino gaming license, which commenced from June 2017 and for which the first 15 years are exclusive. ICR Cyprus is currently operating one casino and two satellite casinos in Cyprus, the first of which opened in Limassol in June 2018 as the first licensed casino in Cyprus and will continue to operate until the opening of the City of Dreams Mediterranean.

Upon completion, City of Dreams Mediterranean is currently expected to have a 7,500-square-meter gaming area comprising over 100 tables and over 1,000 state-of-the-art slot machines, a five-star hotel with approximately 500 rooms, world-class international restaurants and cafeterias, an outdoor amphitheater and MICE and other facilities.