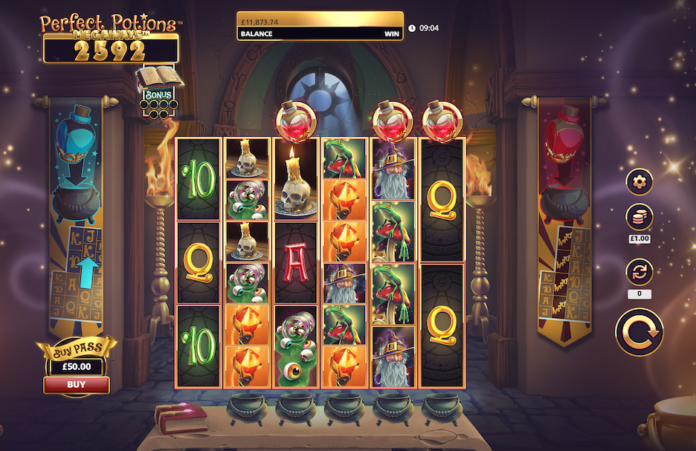 Inspired by the iconic Merlin theme, the Company’s new slot breaks the mold of traditional Megaways™ games with the addition of magical potions that sit above the reels, which move down the reels through each cascading win.

Should a potion reach the cauldron positioned below the reels, it will either expand the reel or add an expanding wild. During free spins, expanding reels remain fixed in position with the possibility of Megaways™ growing up to thousands of ways.

The strong mechanics are backed with an attractive front-end design, mystical soundtrack and responsible gambling tools resulting in an immersive gaming experience for players.

The release of Perfect Potions Megaways™ further expands the Company’s portfolio of games that incorporate the hugely popular mechanic. In June, Scientific Games will launch its highly-anticipated game Invaders Megaways™ – a feature-rich slot with quality graphics that epitomizes the new direction the developer is heading with its iGaming content.

Rob Procter, Content Specialist Director, Digital at Scientific Games, said: “Megaways™ remains as popular as ever with players, but we’ve pushed the boundaries with our latest magical creation to ensure it stands out from the crowd and offers players a brand-new experience.

“With the potions dropping through the reels and modifying both the base gameplay and Free Spins, Perfect Potions Megaways is a truly unique way of enjoying the industry’s highly sought-after mechanic. We’re particularly proud of developing such a complex game, which visually looks stunning.”