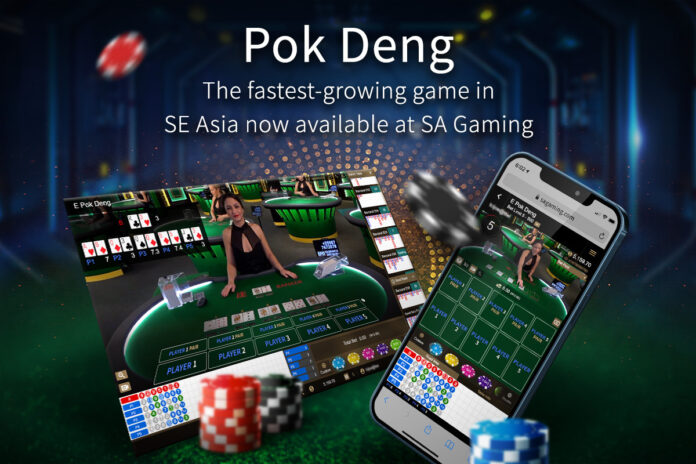 Originating in Southeast Asia, Pok Deng is a popular table game, which is spreading to other parts of Asia. SA Gaming, as the leading platform in the region, is adding this game into the lobby, hoping to introduce it to players around the world.

Pok Deng is a card game where the banker plays against five players. Each player compares the hand values of the two cards to the banker separately; the one closer to 9 points wins. Bets can be placed on any player but not on the banker. Special betting options on individual player pairs are also available, with odds of 11 to 1.

There are five special combinations, taking a hand’s value from 7.1 to 7.5 points. Having two cards of the same suit with a hand value of 0 points is counted as 7.1 points. Any face card (K, Q or J) and a 10 makes a combination of 7.2 points. For 7.3 points, it would be having two face cards. There are special pairs (A, 5, 6, 10) worth of 7.4 points. Having an A and a K of the same suit makes an AK Flush, which is counted as 7.5 points. These special combinations are counted as between 7 points and 8 points, meaning that they are of the highest values, other than naturals.