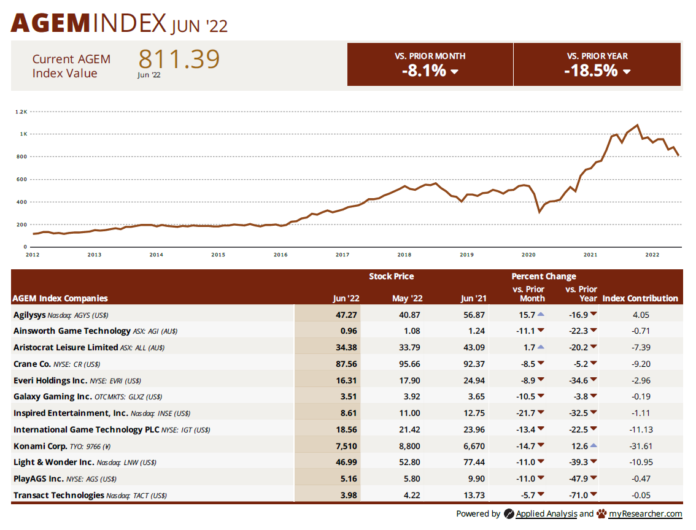 The Association of Gaming Equipment Manufacturers (AGEM) Index dropped 8.1 percent in June from the prior month with only Agilysys making a positive contribution.

Agilysys  added 4.05 points to the index as a result of a 15.7 percent increase in its stock price. The largest negative contributor to the index was Konami Corp, whose 14.7 percent decline in stock price resulted in a 31.61-point fall to the index.

All three major U.S. stock indices saw both month-over-month and year-over-year losses in June 2022. The NASDAQ fell by 8.7 percent from May, while the S&P 500 fell by 8.4 percent. Meanwhile, the Dow Jones Industrial Average saw a 6.7 percent decline over the month.