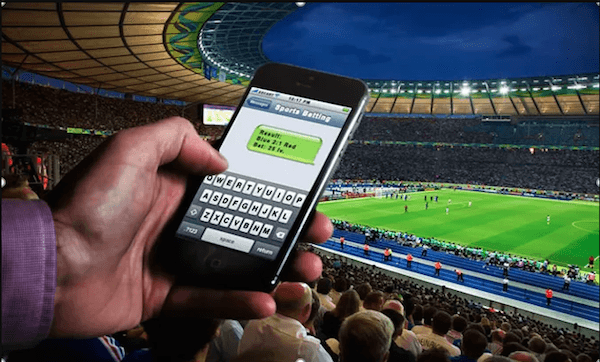 When 188Bet announced its withdrawal from the UK and Irish markets in March, it was the latest in a long line of Asia-facing operators to back away from Europe’s highly-regulated igaming jurisdictions.

188Bet has previously invested heavily in the UK market. It was an authorized betting partner of UK horse racing, and as recently as 2016 announced a major new sponsorship deal of 50 races across the country.

But in a withdrawal statement it said the decision to leave the UK was a commercial one based on a “very competitive market”.

Of Asia’s larger online brands, 188Bet went further than many in the UK. When the market introduced a new regulatory regime based upon a Point of Consumption tax in 2014, many Asia-facing operators, including SBOBet and 12Bet, decided to leave altogether.

At the time, SBOBet said the withdrawal was the result of the new taxation framework, which meant its business model was no longer viable in the UK.

Despite boasting robust technology, years of experience and deep pockets for marketing campaigns, Asia-facing brands are yet to make a significant breakthrough in key European markets, including the UK, Spain and Italy.

“Markets like the UK are competitive – no matter who you are, entering a market like the UK as a new brand is difficult,” Lorien Pilling, director at Global Betting and Gaming Consultants (GBGC), told AGB. “Especially in the online betting sector, the leading brands had a long history on the high street (e.g. William Hill), or were already well-known (e.g. bet365).”

Pilling added that in other European markets, monopolies, former monopolies or well-known lottery brands have tended to emerge as the leading players.

Keith McDonnell, director at KM iGaming, agreed. “Trust and credibility is everything. New brands setting up from half way across the world are always chasing established operators in this regard.”

But brand hasn’t been the only struggle for Asia-facing operators looking to grow in Europe. Product has also been problematic.

“What works from a product perspective in one region in the world doesn’t necessarily work in another,” said McDonnell. “Product localization is required along with delivering a vast payments infrastructure to customers. This takes time and established operators are not standing still while new entrants are trying to close the gap.”

Many learned this lesson the hard way. Pilling recalls some Asia-facing operators taking full page adverts out in magazines attempting to explain the complexities of handicap betting to European customers. “Rather than trying to educate European bettors on Asian Handicaps, Asian operators should have localized their offer to what the market understood (1×2).”

Aside from the educational aspect, a focus on handicaps means Asia-facing operators generally offer a high volume, low-margin product. As Pilling notes, the numbers often don’t add up in high-tax environments, with many European jurisdictions setting the rate between 15 percent and 25 percent.

While brand, history and product have clearly played a key role in the struggles of Asia-facing operators in Europe, there is also a simpler explanation: these companies haven’t been particularly committed to growing a European footprint.

Instead, licences – particularly a UK licence – are often seen as a gateway to marketing opportunities that will resonate closer to home.

“Most of these operators don’t want to compete,” said McDonnell. “Asia is their cash cow and non-Asian regions around the world provide advertising platforms through global TV distribution of sports for their brands into millions of Asian households. If they truly wanted to compete in local European markets they could, and would.”

While a UK licence is still a requirement for Asia-facing brands looking to sponsor Premier League football teams, many opt to white-label their UK licence rather than acquire one independently – a simpler process but one which underlines the fact that the UK is not the priority.

“In previous years, some Asian firms may have considered listing on the stock market. European markets were attractive as a means of diversifying the source of revenues, which might have appealed to investors,” said Pilling. “But investor sentiment has waxed and waned on the gambling sector over the last decade. At present, it feels quite low, for a variety of reasons. If the aim was a listing of some kind, why continue to incur expense in European markets, if that listing will not now happen? They may as well focus on the domestic Asian markets.”

Or as one senior executive with experience working in both Asia and Europe put it, perhaps the more pertinent question is why Europe’s online operators are struggling to grab significant market share in Asia.