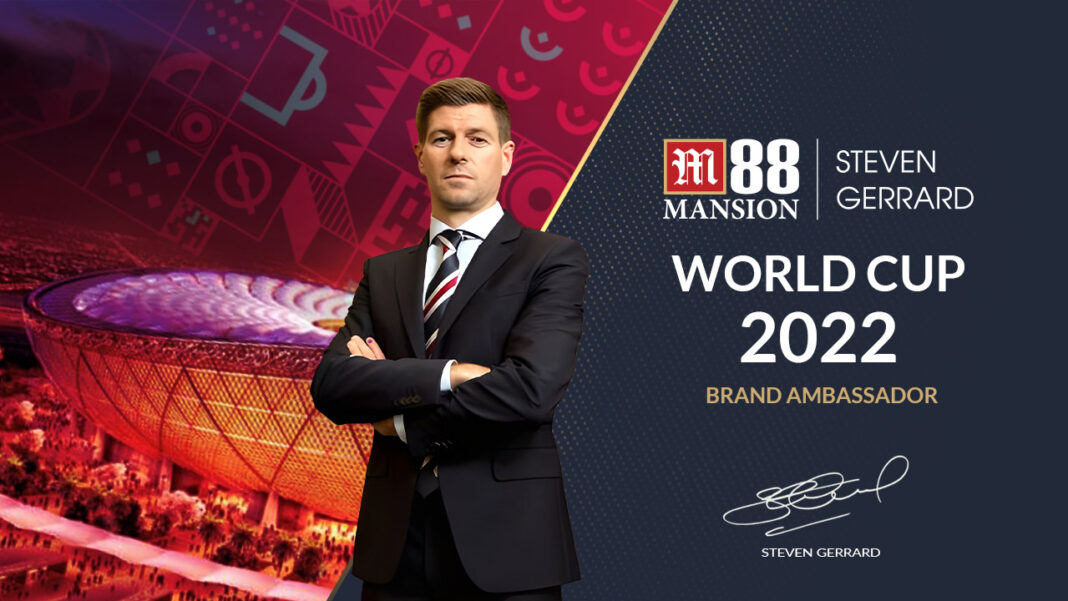 The former midfielder, and club Manager, will collaborate with M88 Mansion to promote the brand across Southeast Asia and engage in a number of digital and promotional activities in the region.

Steven Gerrard expressed his excitement: “I am delighted to join M88 Mansion as their brand ambassador for the World Cup. I couldn’t be more excited to share my experiences from my time on the field, especially my views and opinion to the Asian sports fans regarding the upcoming World Cup. ”

M88 Mansion’s Head of Commercial, Alan Wafer, was similarly thrilled to have the Liverpool legend as World Cup 2022 Brand Ambassador: “We are ecstatic that Steven Gerrard agreed to become our brand ambassador for the Qatar World Cup. It is an honor to have him be included in our growing roster of partners.”

Gerrard was a standout for Liverpool FC, playing for the club from 1998 to 2015. He had 186 goals in 710 total appearances, in all competitions for the Merseyside club.

He was part of England’s “Golden Generation”, serving the men’s senior football team between 2000 and 2014. He had 21 international goals in 114 caps. Before retiring from competitive football, he also had a stint with Major League Soccer team LA Galaxy.

Endearingly called “Stevie G” by his fans, he jumped right into coaching after retiring. He handled the Liverpool U18 and U19 squads in the 2017-18 season before managing Scottish club Rangers FC. He was most recently manager of Aston Villa.