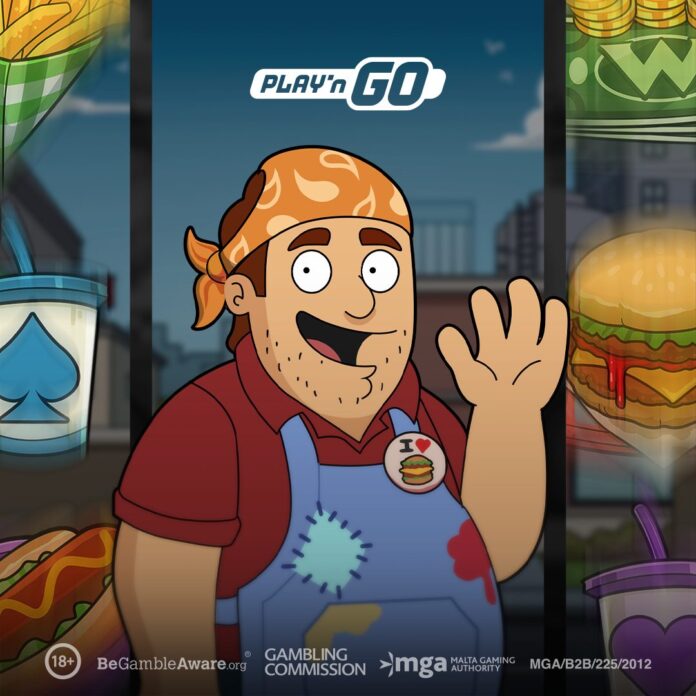 Fat Frankie serves the best food in town, but he’s looking to put his name on the culinary map. Help him show that his Food Truck has what it takes. Orders, tips, reviews are the key to success. Sounds like a piece of cake, right?

Following the success of Play’n GO games like Tales of Asgard: Freya’s Wedding, Play’n GO are trucking down the comedy route once more as they add another humorous game to their ever-growing diverse portfolio.

Featuring a strong narrative, players have clear goals in their sights from the get-go. The aim of the game is to build up Frankie’s reputation as having the best food truck in town. There are four ways that they can do this through the four features that are triggered in the Bonus Rounds.

In Burger Bonanza, Burgers will stick to the reels and reward a re-spin, this will continue until no more burgers land on the reels, then the prize money will pay out.

Greasy Wilds shows an animated Frankie appear and spill grease all over the reels! This leads to there being one to five Wild reels on the grid.

Finally, there’s the Five Star Free Spins. Each time the Five Star symbol lands on the reels it will increase the Win Multiplier and add two extra spins.

Head of Games, Charlotte Miliziano said: “Fat Frankie’s is the tastiest game in town. We’re in the business of entertainment and this narrative really lends itself to the four features. It’s cool to see how Frankie starts out to where he finishes by the end of the game with the player helping him on the road to success.

“Trust us, it was as much fun to make as it is to play. Players will be hungry for more”