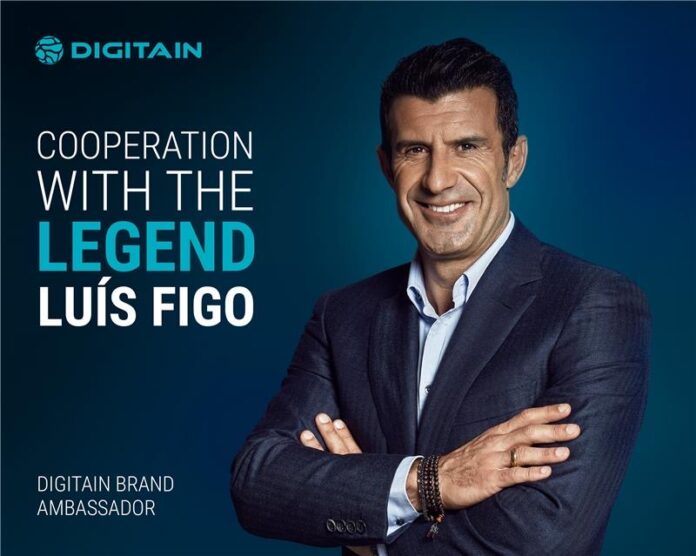 Digitain Sportsbook Group announced that Portuguese football legend Luís Figo has been appointed as an official brand ambassador. Digitain Group founder, Vardges Vardanyan, appeared alongside Figo as the announcement was made in Nice.

“I welcome the footballing legend that is Luís Figo to the Digitain family and I am delighted that he is to become our Brand Ambassador,” Vardanyan said.

The former Ballon d’Or winner is regarded as one of the finest players of his generation, playing for Inter Milan, Barcelona and Real Madrid. Figo played alongside Zidane and David Beckham at in the famous Galaticos team at Real Madrid.

Figo was capped 127 times at international level, scoring 32 goals. He won the Ballon d’Or in 2000

Digitain Group founder, Vardges Vardanyan was adamant that this was the beginning of a long-term collaboration with the football icon.

“As an iGaming company with a global reach, producing cutting edge, sports betting solutions, there is no-one better than Figo, with his peerless reputation,to represent the quality of our sportsbook. I look forward to a very exciting and successful collaboration with this legend of the sport.”

Figo was excited about the long-term opportunities with Digitain.

“I am delighted to be part of this exciting collaboration and I look forward to representing Digitain as Brand Ambassador. Their reputation for exceptional products and customer focus made my decision to become Brand Ambassador an easy one.”