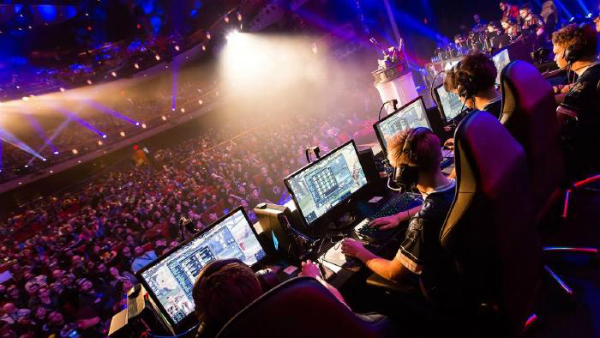 ESIC is a not for profit members’ association created to provide an overarching integrity function for professional esports. In particular, in response to the rapidly increasing threat of betting fraud arising from a burgeoning esports betting market, the aim of ESIC is to be the recognised guardian of the integrity of esports and to take responsibility for disruption, prevention, investigation and prosecution of all forms of cheating, including, but not limited to, match manipulation and doping.

ESIC is open to all professional esports stakeholders and will operate with as much openness and transparency as possible. Policy and projects will be determined by the members for the members in the interests of esports.

ESIC has created a program for acceptance and implementation by professional esports stakeholders – primarily tournament organisers and platforms, games publishers and licenced and regulated bookmakers offering esports betting markets – that consists of a Participant Code of Conduct, an Anti-Corruption Code, an Anti-Doping Policy and an independent Disciplinary Procedure based on principles of natural justice.

The ESIC program was designed to provide solutions for the threats to esports integrity identified by the Threat Assessment carried out in 2015 and also available on the ESIC website. The program owes a debt to cricket’s anti-corruption program, widely acknowledged as one of the best systems in traditional sports having evolved over a decade and a half of dealing with real and challenging corruption and match-fixing cases in multiple jurisdictions.

ESIC is founded on principles agreed by its members: Integrity and Respect, Fair Process, Implementation, Education and Enforcement in Standardised Codes, Mutual Recognition of Sanctions, Sharing of Information and Confidentiality.

ESIC will now focus on finalizing membership agreements with stakeholders with whom we are currently in negotiation, recruitment of additional members from across the esports ecosystem and the implementation of the ESIC program in members’ terms and conditions of participation. We will also be rolling out participant anti-corruption education (a process already underway with well over 100 esports professionals already having attended education presentations, with more scheduled) and monitoring and investigation of suspicious betting in esports markets through the support of Sportradar’s market leading Fraud Detection System and relationships with the licensed bookmaking industry.

New esports Integrity Commissioner Ian Smith said, “It has been eye-opening and a privilege to work in esports these past nine months and to have gained sufficient trust within the industry to be appointed the first Integrity Commissioner. I have spent the last 20 years working across a range of sports, involved heavily in the protection of their integrity, so I am looking forward to applying all those insights and experience to the esports ecosystem. There are many challenges ahead, but it is to esports’ credit that the industry is taking these steps in anticipation of a foreseeable problem, rather than in reaction to a crisis, which is the route taken by most traditional sports to date.”

“Integrity is paramount at ESL. We were the first esports organizer to introduce doping control at events and have since then made awareness of the issue a priority within the industry,” said Anna Rozwandowicz, Director of Communications at ESL and the Board Member at ESIC. “ESL is proud to be a part of ESIC are looking forward to developing and evolving the initiative further with industry partners and influencers. This is a big day for esports and we couldn’t be happier.”

Betway’s Anthony Werkman added: “We are fiercely passionate about eSports and are delighted to be one of the founding members of ESIC that will serve and protect the sport we care deeply for. We’ve made significant investments in our eSports team over the past few years and are delighted to see the sport getting the recognition it deserves from the wider public. The integrity of eSports is paramount to its continued success, and we’re certain that the creation of the EISC will ensure the sport enjoys further success in the years to come.”

David Lampitt of Sportradar said “The world of esport is experiencing explosive growth and it is important that the stakeholders protect its integrity in parallel. The creation of ESIC is a welcome milestone in that process. We have already adapted our industry-leading monitoring system to ensure it is fully tailored to the esports environment, for example, including skins betting sites. We have also started to deliver bespoke educational programs with a workshop in conjunction with ESIC at the Intel Extreme Masters earlier this year. We look forward to supporting the important work of ESIC in safeguarding the credibility of the competitions that esports fans follow and love.”

Unikrn’s Bryce Blum added: “Threats to competitive integrity are a problem for every esports stakeholder. Unikrn is proud to be a founding member of ESIC, which we see as the first concrete step toward creating a collaborative approach addressing this issue. It is only by working with one another that we will be able to develop unified rules and enforcement mechanisms. Competitive integrity cannot be safeguarded individually. We must work together to achieve the results on which our businesses and the industry we love depend.”

ESIC has appointed Sheridans as legal counsel. Sheridans, who have well-established practices in both traditional sports, esports, and computer games, will advise ESIC across regulatory, governance and policy matters.