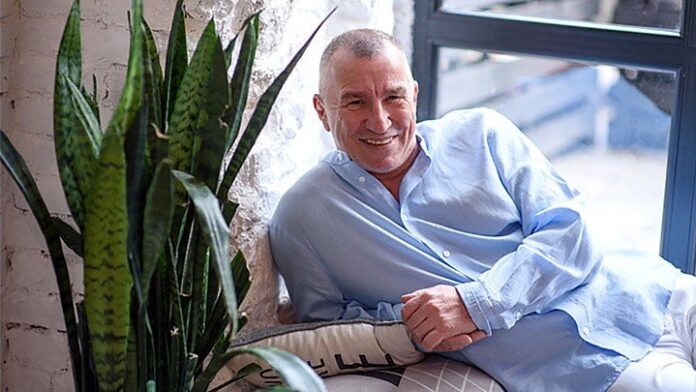 Asia Gaming Brief would like to send its deepest condolences to the Babini family. Below we have published an announcement regarding the passing of Ron Babini in its full:

To all gaming-industry colleagues, we announce with great sadness that Ron Babini, a well-known and popular gaming executive, passed away, suddenly and unexpectedly, at the age of 56 on May 26th in Kiev.

Ron, of Italian descent, was born in the Netherlands in 1965 and leaves behind his wife Julia and his three children Rosa, Lorenzo and little Luca.

Ron had a longstanding and illustrious gaming career, which started in March of 1993 when he joined IGT-Europe as Sales Executive. His love for gaming had started prior to this though as evidenced by the fact that, the weekend after his job interview with IGT, he flew off to Las Vegas on a vacation that he had won as part of a jackpot prize playing slots in Holland Casino. During his 12 years at IGT, he was a key member of the team that put that business on a very profitable course. He was known for his relationship building and pursued each sale with the same passion whether it meant a single machine or many hundreds. As Sales Manager Europe and Russia, he was active in virtually every market.

His enthusiasm for opening up new markets was limitless, often going to places where others would rarely dare to. Ron was the type of person who lit up the room when he walked in, the type of personality that you had to meet only once to remember for a lifetime. After IGT, Ron continued his career at Inspired Gaming taking up the position of Casino Sales Director – Europe before moving to Amatic in a Sales Manager role that extended beyond Europe. Most recently Ron became the agent for Scientific Games in the Ukraine. This last adventure brought him ‘home’ as he had not only developed a love for the country and its people, but Ukraine was also the place where he had found his true love Julia.

Ron will be fondly remembered for his joie de vivre, his love for people, his passion for Alfa Romeo’s and Harley-Davidson and last but not least BarCo’s. We look forward to celebrating his life in Babini-Style at a memorial service in the Netherlands, in the next few months.

Please provide us with your details if you like to be present [email protected].