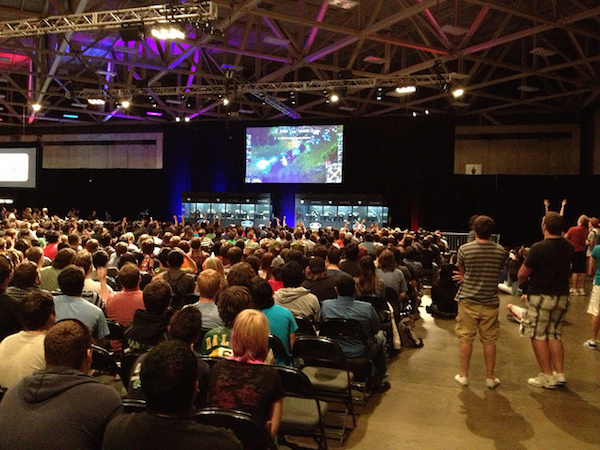 Southeast Asia has the world’s fastest growing eSports audience, with signs the region’s land-based operators are beginning to take an interest in how to tap into the potential of this, and other skill-based products, to reach a younger demographic.

There has been growing convergence between land-based and online spheres in the region, with the most often cited example being the growth in live dealer tables in jurisdictions such as Cambodia and the Philippines. However, the potential for eSports has so far been largely untapped, despite its explosive global growth.

eSports is expected to see 20 percent compound average growth from 2015 to reach 303 million viewers by 2020, according to figures from Newzoo Global. The Southeast Asian region’s viewership is expected to reach 19.9 million this year and exceed 40 million in 2019.

Revenue for 2017 is projected at $696 million, up 41.3 percent from the prior year and is forecast to top $1.2 billion by 2020. The eSports betting market is likely measured in the billions of dollars, with wagering occurring primarily in Asia and Europe.

Although Asian players, in particular Koreans, top the league table, very few events have so far been held in Asia.

Speaking at the ASEAN Gaming Summit in Manila in March, Alex Lim, Secretary General of the International eSports Federation said that out of 6,739 tournaments held last year, more than 50 percent were in Europe and the U.S.

“Korean players are dominating the world, but marketwise we need to have more superstars coming from Southeast Asia or Africa so it can expand its awareness to uninvolved territories,” he said.

At present, there are four types of betting on eSports: so-called skin betting, eSportsbook, fantasy eSports and Challenge sites.

Skin betting, where players risk in-game items, is by far the most prevalent accounting for about 92 percent of the total handle, with cash betting at just over 7 percent. However, challenges remain in developing the right kind of products and regulation to govern such a new and rapidly evolving sport.

“To tie eSports to the betting industry, then we need to have betting friendly games,” Lim said. “eSports is not League of Legends, it’s not CS:GO. It’s a platform and it can be changed any time.”

Lim called for greater collaboration with the gambling industry on content development to maximize the potential for eSports betting.

However, conference delegates also heard about the considerable challenges for regulation in the field and in particular the risk of match fixing.

“Because it’s unregulated and the values are phenomenal and the player ages are way lower than in a lot of other sports, therefore there is more incentive to be able to swing a game,” said Susan O’Leary, director eCommerce, States of Alderney. “There are no base technical standards, so it’s really really tricky to put in place a framework like you can for other types of sports betting, so it is exposed.”

It is also much harder to detect suspicious behaviour than with a physical sport, with a slight delay in reaction, or a wrong keystroke difficult to spot and prove as being with malicious intent.

As a result, speakers at the conference agreed the key to protecting the sport will be to set low bet limits and to limit the number of sophisticated bet types to reduce temptation.

“You can’t set the limits too high because it’s just going to ruin the sport, it’s going to be too easy to match fix and you only need one player to under perform and they will lose,” said Jesper Ramskov Jensen, an igaming consultant for operators in Asian and European firms seeking a presence in the region. “It’s a good acquisition channel, with the new generation coming through, so you really have to be careful you don’t destroy this new and exciting sport that’s coming.”

Paul Newson, Deputy Secretary Liquor, Gaming & Emergency Management in Australia’s New South Wales, countered that going forward, it should be easier to detect abnormalities. Given the action is all digital, once sufficient information has been collated on player behaviour, it should be possible to use analytics to identify problems.

However, it’s that potential as an acquisition channel that is making both online and land-based casinos take note. About 27 percent of the occasional viewer audience is male and between the age of 20 and 35. About 60 percent are under 50. Among enthusiasts, almost 70 percent are under 50 years old, making them a key target audience.

“Sponsor the hell out of it while you can get it for cheap,” said David Jung, CEO of Hero Poker. “If you want an easy way to expose your brand to the millennials that’s the type of people you want to target through eSports through sponsorship.”

Although a lack of regulation makes introduction into land-based casinos difficult, if not impossible at present, interest is growing. Members on various panels said they see a future for some form of eSports as a niche on the casino floor.

“Something that I am quite passionate about is taking products from the online world and packaging them up for a land-based environment so the player experience is unique within a land-based property, so whenever regulation permits that’s a solution that can be taken,” said Jonathan Pettemerides, former CEO of Brix Interactive Gaming.

“I have spent the last month travelling around Asia and for the first time some of the land-based casinos across the region are talking about social gaming, eSports and on mobile property gaming and that’s the first time I’ve seen it in this part of the world, so that’s a positive thing. There are things that even the most highly regulated casino can be doing today to prepare for the future.”