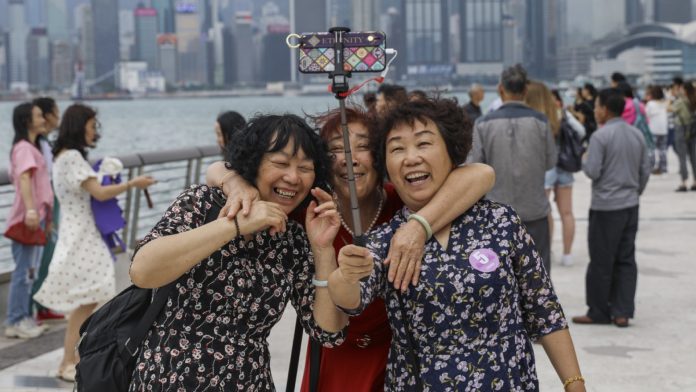 The good news first: Chinese will remain Chinese. After the number of persons globally suffering from Covid-19 has come down to a socially acceptable level, the majority of Chinese will, as before, not wait for gods or emperors to help them, but will diligently and persistently work for the greater fortune of their families.

They will still combine long-term strategies of investment in real estate and in the education of the next generation, with the short-term strategy of chancing their luck with cards or dice. The admiration of mindless bling-bling consumption might have taken a hit. Nevertheless, the Chinese passion for the thrill and fun of gaming has survived condemnations from Confucius to today and it will not be ended by a virus.

There is no doubt that the world will change in the post-Covid-19 period, as open borders, globalization and fragile supply chains will be set back a decade or so to the disadvantage of the Chinese economy. It will take a couple of years to climb out of the pit the global economy fell into in the first half of 2020.

For the 20 percent of the Chinese population affluent enough to travel to Hong Kong, Macau and Taiwan and especially for the 10 percent of Chinese holding passports, who have already travelled further afield in recent years, the insouciance of spending will probably decrease a bit until the memory of Wuhan vanishes into oblivion. But their ability to spend will be less damaged, and it is rather wealth than income that fills the pockets – or Alipay accounts – of Chinese gamers.

One clear result of the coronavirus crisis is the increase and acceptance of the use of IT and AI in controlling the movements of people and money in China and abroad in terms of face recognition, automated localization and cash flow control. Illegal activities will be easier to detect, helping the gaming industry to get rid of some black sheep.

What will the road to recovery look like for the Asia-Pacific region with regard to Chinese visitors? China declared in the first half of March that the worst was over and that Chinese airlines were already starting to open up again especially to neighboring countries. Chinese citizens answered in surveys that they were already making plans for outbound trips during the May holidays.

The restart of Chinese outbound tourism within Asia seemed to be near. However, by the end of March this policy changed completely after imported infections, with China almost completely forbidding entries and exits to and from the country on a level not seen since the last century.

Still, the economic importance of the transport of goods and people to and from China in the Asia-Pacific region is so big that a reopening of borders at least within Southeast and East Asia will happen as soon as possible. It can be expected that everything will go back to normal in early summer, with a bigger than ever number of Chinese outbound travelers going on the trips they postponed in the first third of the year.

Qualitatively, the group of Chinese outbound travelers insisting on quality and authenticity, on immersion and participation will grow further, with family groups of two or three generations more often traveling together. Countries which showed compassion and empathy for China during January and February will receive positive media coverage in China. For Europe and Australia, and especially the USA, it will take more time before traveling to these destinations will be perceived as safe again. Therefore the wave of post-virus Chinese travelers will rather have Thailand than Germany, and South Korea than the USA as preferred destinations.

As long as the White House insists that the “Chinese” virus is to blame and Overseas Chinese living in the USA, fearing racial attacks, are stocking up on small firearms and ammunition, it is hard to imagine that Chinese leisure tourists will visit the country in large numbers.

What becomes more and more clear is that trust will be one of the main elements we will have to rebuild, trust between people, who again can start to use tourism as a joyful way to meet new people and to make new friends across borders.

Therefore, all destinations and tourism service providers should use the opportunity to prepare for the new wave of Chinese visitors by training their staff and adapting their products more precisely for the different segments of the Chinese outbound market to prove to their future customers that they are still welcome.