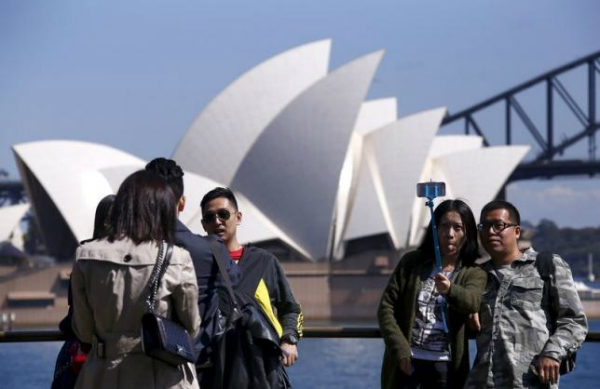 This was one of the key takeaways from Asia Gaming Brief’s second webinar, focused on the road to recovery for the Chinese outbound tourism market. China has become far and away the most important source market for global tourism, with about 170 million outbound trips in 2019.

Spending by Chinese visitors hit $277 billion in 2018, far outstripping U.S. travellers who spent $144 million, according to a presentation from Dr Wolfgang Arlt, founder and director of the China Outbound Tourism Institute.

Arlt said that despite the pandemic that has crushed the global travel industry, he is only expecting a slight dip in the number of trips made this year, with outbound travellers likely to top 180 million in 2021 once the situation normalizes.

From October through to at least Chinese New Year, he’s expecting a 20 percent increase in flights booked over a virus-free year as Chinese make up for plans that were postponed in the early part of the year.

The big question, however, is how will the situation return to normal. The consensus view of the panel, which also included Glenn McCartney, Associate Professor of International Integrated Resort Management at the University of Macau and Ben Lee, managing partner of iGamiX Management and Consulting, was that there will likely be the creation of “safe” corridors or “travel bubbles” between countries perceived as having the situation under control and adequate safety precautions put into place.

In terms of Macau, a key step will be the actions taken by policymakers to synchronize health check systems with the neighbouring province of Guangdong, which accounts for 50 percent of its visitation.

“We are trying to align our policies towards China’s policies. We are hoping to create a corridor so we can facilitate the flow of visitors,” McCartney said. “It’s for the states to make the decision and then tourism can start, but we need to have these good policies in place so that we can measure who is coming in and who is going out and track them.”

McCartney said it’s unlikely that Macau will be opened up to visitors from all of China at once, but a little at a time from those areas with the situation under control.

After the SARS outbreak in 2003, the Chinese government introduced the Individual Visit Scheme to help boost tourism, which proved to be highly beneficial to Macau. Lifting of the restrictions on the IVS scheme is seen as key to restarting the Macau market this time around and some have argued for extending the program to include a greater number of Chinese cities.

Lee says that may not be the best policy. To provide a boost to Macau, it would be more beneficial to lift the restrictions on the number of times players from Guangdong can visit from the current level of once every two months.

“If China wanted to boost Macau, all they had to do was remove that prohibition and allow them in as often as they can go to HK and that would make a big difference,” he said, adding that he believes the possibility of this happening is greater than 50 percent, given the devastating impact of the shutdowns on the casino industry, the territory’s main revenue earner.

Outside of China and Macau, which don’t have the same health declaration systems, the situation is likely to be more complicated.

Vietnam, which has recorded no deaths and relatively few cases, will be one of the first to recover and attract greater China traffic.

Lee said the casinos there have reopened and the reporting of Covid-19 cases is seen as being reliable.

It may be more difficult, however, to lure players back to the Philippines and Cambodia.

Arlt raised the concept of instead of marketing the country as the destination, individual resorts need to market themselves as being able to guarantee visitor safety, escorting them directly to the property where they are cocooned away from the local population and then escorted back to the airport. This may encourage them to travel back to destinations seen as more risky, he said.

While waiting for policies to be put in place to allow travel and for airlines to resume flying – there are currently only 130 weekly flights into Mainland China – resorts need to focus on ensuring their product is China ready and adapted to the new realities.

There needs to be more attention from service providers on communicating safety and hygiene policies. The pandemic has also accelerated the trend away from hard currency to digital payments and the Chinese will expect this when they travel abroad.

McCartney recommends that any business trying to tap the Chinese market should dig down into how they are using social media, which has seen a big uptick during the crisis.

“People are live streaming with djs clubbing on mobile phones, they’re much more engaged,” he said. “They are now becoming more active and are less passive.”

Destinations likely to benefit from increased Chinese visitation post crisis are also likely to be those that were perceived to have been more friendly towards the Mainland, with those playing the blame game not going to be the first choice for travellers.

“It will be at least for the next year and a half, something that will be considered,” Arlt said, referring to the list of destinations perceived to have been China-friendly during the pandemic. “But tourism has shown in the past that it has a short memory. If we can get on top of the problem I don’t think in 2022 we will still talk about this.”