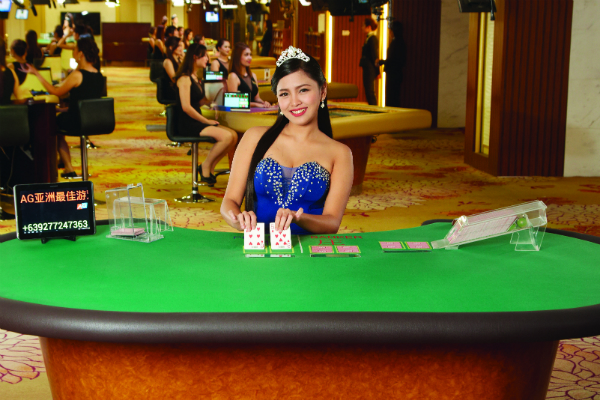 Now operators and suppliers are looking at ways to maintain above-market growth rates for a product facing far greater competition than ever before.

Live casino, where users wager on video streams of table games usually hosted in recording studios, has long been the benchmark for a successful online gaming operation in Asia. Several sources told AGB that it usually accounts for more than half of total revenues from most online casinos in the region.

The product vertical dates back to the mid-2000s, but it is the last five years where it has recorded truly explosive growth.

Live casino’s most dominant supplier, Evolution Gaming, has seen its Stockholm-listed share price multiply 10-fold in the past four years. It reported full-year operating revenues of €245.4 million in 2018, a 38 percent increase on the previous year.

Evolution’s success has encouraged several other large suppliers to enter the space, including Playtech and NetEnt, as well as the emergence of a number of successful regional suppliers specialising in live casino, most notably Asia Gaming.

“It is no secret that live casino is the fastest growing of the major product verticals in online gaming, particularly in key Asian markets,” Andres Burget, live casino manager at the Coingaming Group, told AGB.

The Coingaming Group, which operates online brands Bitcasino.io and Sportsbet.io, recently launched its own live casino studio in Riga, Latvia. Known as the Bombay Club High Roller Studio, the Asian-themed studio is tailored to VIPs, accepting wagers of upwards of €50,000 per hand.

“Live casino has been a key driver of online gaming growth in Asia for more than a decade now. But it is true that the landscape is changing and live casino will need to adapt.

“For many years, players in Asia’s grey markets had tended to avoid slots and RNG games out of a fear that unregulated operators would rig these games against them. So live casino had something of a free run.

“This is now changing quickly. Many of Europe’s most respected slots suppliers have entered Asian markets and their games are becoming more trusted and widely played. Now live casino must compete with a wide range of RNG table games, slots, virtual sports and other products.,” Burget said.

For the Coingaming Group, creating a fully bespoke, branded live casino product is advantageous over offering a standard white-label. While most live casino providers offer larger operators the chance to brand individual tables, launching its own studio gives even greater control over game variants, languages and bonusing.

“We launched the Bombay Club High Roller Studio to take control of our live casino and offer our customers a truly bespoke experience,” said Burget.

“Another important part of this is creating a sense of exclusivity, and the Bombay Club is tailored specifically to our VIPs. We can accept wagers of up to €50,000 per hand, which most traditional live casino offerings simply cannot compete with,” he added.

For BetGames.tv, a provider of live games since 2012, innovation is the key to future growth, with a focus on introducing new social elements to its product.

“Playing live casino is no longer a solitary activity,” BetGames.tv COO Aiste Garneviciene told AGB. “Now you can chat live while playing, and there are multiple camera angles available.”

BetGames.tv is live on more than 400 websites, and also supplies its feed to more than 3,000 retail outlets.

BetGames.tv has also expanded beyond traditional live casino favourites like roulette and blackjack to offer a range of lottery draw products. Its typical games offer players more than 90 options to wager on, creating greater levels of player engagement.

Garneviciene notes that some studios are now offering commentary on sports, with a host reacting to the action on screen and encouraging interaction with players.

Moving live casino forward in this manner will help avoid the dangers Burget at Coingaming Group describes when he warns that the product is becoming “increasingly commoditized.” Many operators are currently sharing unbranded tables from a handful of major suppliers.

Different suppliers are taking different approaches to remedying this.

For NetEnt’s live casino product, the focus has been on the mobile channel and creating a fully immersive experience on handheld devices.

Playtech has explored the potential of augmented reality, allowing players “to experience products on an entirely new level with …  content literally leaping out of the game.”

It has also enjoyed success with its multi-channel Age of Gods Live Roulette product, which allows players to experience the same slots brand across an online slot and a live casino game, with a jackpot shared between the two. At the time of launch, Playtech said the product would “significantly increase” cross-sell opportunities.

And Asia Gaming’s VJ Hal’ product looks to maximise the social element by encouraging greater interaction between the player and the game’s host.

The hope will be that against a backdrop of increasing competition from other product verticals – particularly slots – such innovations will help keep live casino’s impressive growth rate ahead of the pack.