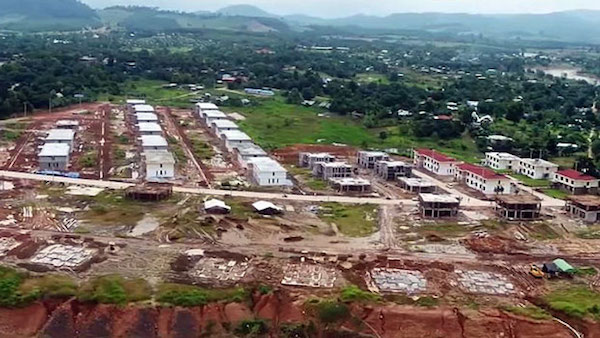 Myanmar is reportedly investigating a building project on the border with Thailand that is mushrooming into a casino town, according to local media reports.

The project is a joint venture between a Myanmar military-backed group and Chinese conglomerate, Yatai International Holding Group. However, locals have expressed concern the project has far exceeded its original scope and a growing influx of Chinese is creating social issues.

The newspaper said in 2018, the Myanmar Investment Commission (MIC) approved US$22.5 million in investment for the Shwe Kokko development project, including the construction of 59 villas within three years on 10.3 hectares of land in Myawaddy Township.

According to the company’s website, the plans call for the project to cover nearly 30,000 acres stretching for 19 km along the border with Thailand at an estimated cost of $15 billion. The development involves luxury housing, condominiums, hotels, shopping centers, golf courses, casinos, gambling and entertainment, tourism, culture and agriculture.