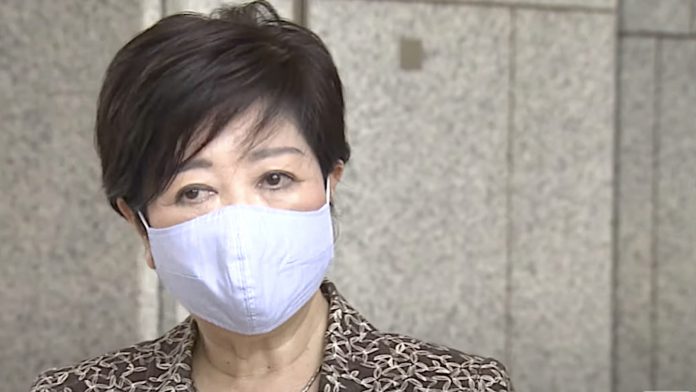 In the summer of 2017, Fumiko Hayashi won reelection as mayor of Yokohama claiming to be a “blank slate” but in reality favoring IR development in her city. Anti-casino activists believe that history may be repeating itself; this time with Governor Yuriko Koike in neighboring Tokyo.

Like the 2017 Yokohama mayoral race, the incumbent claims to have no firm opinion about IR development, even as she conducts various surveys of a specific possible location along the coastline. Also like 2017, the main opposition candidates are telling the public that they are being duped by an unscrupulous politician—that the incumbent is secretly pro-IR but unwilling to admit it and to allow the people to decide for themselves.

Kenji Utsunomiya, a former chairman of the Japan Federation of Bar Associations, perhaps the most serious opposition candidate that Koike faces in the July 5 election, made anti-casino policies one of his three key election pledges. To underline the seriousness with which he takes the issue, on June 22 he paid a visit to the Aomi district in Tokyo’s Koto Ward, where it is believed that Governor Koike may soon propose an IR development, to reaffirm his opposition to any such plans.

“It is a foul move for a politician to try to use a casino to revitalize the economy,” Utsunomiya declared as he surveyed the site.

One of his supporters added, “The casino business is built upon human misfortune. It has only demerits. I want Mr. Utsunomiya to become our governor precisely in order to stop the casino.”

One distinction between Governor Koike and Mayor Hayashi is that the former has always been vague about her intentions.

Nevertheless, Akahata, the newspaper of the Japan Communist Party, one of the opposition parties supporting the gubernatorial candidacy of Kenji Utsunomiya, has diligently collected Governor Koike’s past statements on the matter as follows:

—“I think IRs would be a plus in terms of tourism promotion. However, social concerns are being discussed. We will look at the issue comprehensively” (December 2016)

As recently as last week, Governor Koike’s language had not shifted, even after two years: “We are studying the merits and demerits,” she told a press conference.

Her opponent Utsunomiya has continued to call her out on this issue: “Are you for an IR bid? Or are you against one? This continued ambiguity is utterly disgraceful.”

Yuriko Koike is widely expected to win reelection on July 5, and most likely it will be by a landslide. If, however, in the following months she then comes out an declares that Tokyo is joining the IR race, it will, once again, be an example of conservative pro-IR forces in Japan trying to circumvent democracy rather than gaining a mandate for development.

If Koike is indeed secretly in favor of IR development, she will have thus made the same mistake as Mayor Hayashi, and consequently laying political landmines for the future.