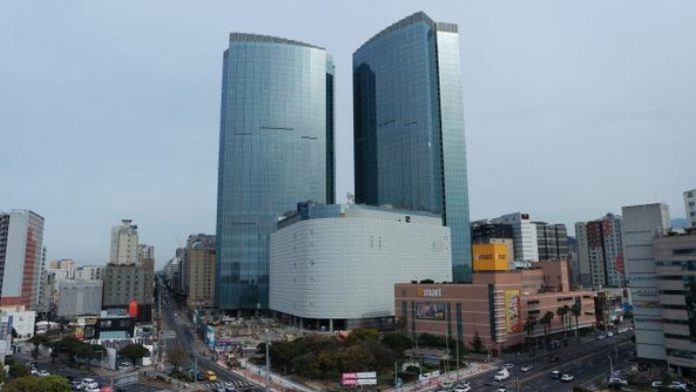 Lotte Tour Development shareholders gave their consent on Monday for the company, established in 1971, to move its headquarters from Seoul to the soon-to-be opened Jeju Dream Tower.

Lotte Touri Development Chairman Kim Ki-Byeong declared, “Through the Jeju Dream Tower Complex Resort, which has been created to become a key tourist attraction in Jeju, we will raise our status as a power in the tourism industry and become the No. 1 local company, fulfilling our promise to become the No. 1 employer for high-end jobs and the No. 1 local source tax revenues.”

The Jeju Executives’ Association issued a statement on Tuesday warmly welcoming the transfer of the company headquarters to their island. “The investment of over 1 trillion won (US$950 million) by Lotte Tour Development in the Jeju Dream Tower Complex Resort is the largest ever investment in Jeju island made with entirely domestic capital, and we hope this investment will serve as the foundation for the growth of the Jeju economy.”

The Jeju Dream Tower Complex Resort rises 38 stories to a height of 169 meters, more than twice as high as the next largest tower on the island. The total floor area is over 303 million square meters. Within the complex, the Hyatt Group will operate a total of 1,600 guest rooms and fourteen restaurants under the Grand Hyatt Jeju brand name. The total project cost is about 1.6 trillion won (US$1.4 billion).

The Dream Tower casino is expected to open with about 140 gaming tables, 190 slot machines, and 70 electronic gaming machines.