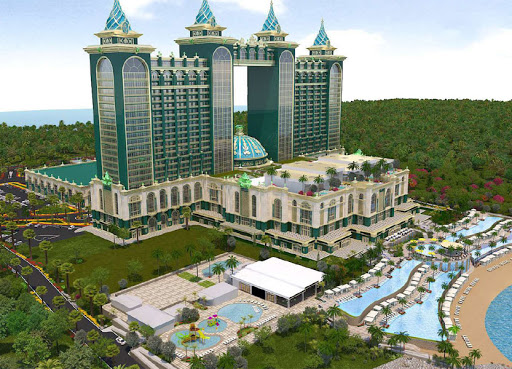 PH Resorts Group Holdings says it expects to complete the construction of the first phase of its Mactan Island integrated resort in the first quarter of 2022, according to the company’s first-quarter results released on Monday.

“The Group expects to commence the hiring process in respect of The Emerald Bay’s gaming and hotel operations and fill a number of managerial and administrative roles within the Company’s principal office in the fourth quarter of 2021,” it added.

The integrated resort began construction in December 2017 and is set to be constructed in two phases, the first of which is to be completed in 22Q1.

PH Resorts, formerly known as H2O Ventures is a listed unit of the Udenna Corp. The company is also the owner of the Donatela Resort and Sanctuary, a boutique upscale hotel in Tawala, Panglao Island in Bohol. Its other hotel-related subsidiary is Clark Grand Leisure Corp. which is currently in the design phase for construction of a casino resort in Clark Freeport Zone.

In a separate filing, PH Resorts said it is looking to raise as much as P750 million (US$15 million) via a follow-up offering of common shares, along with another P375 million in an over-allotment option.

This will involve a follow-up offering of up to 300 million in shares at P1 to P2.5 per share, while the over-allotment option involves 150 million shares.