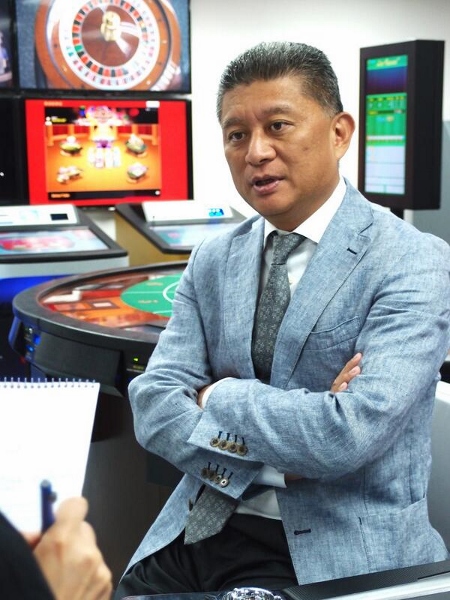 LT Game is eyeing the European market for the next step in its global expansion and expects to see sales in the U.K. market beginning in the first quarter of next year.

Jay Chun, chairman and managing director of parent company Paradise Entertainment, said the company expects to place its products with a “sizeable” company operating about 50 casinos across the U.K.

“We are starting pushing sales in Europe. The U.K. will be the first market in which we install these products,” he said in a press conference at the Macau Gaming Show.

Around Asia, he said the company has new orders from the Philippines and will be installing product in a Canberra casino in Australia once regulatory approvals are complete. It also has its products in Russia and Cambodia and is confident it will be able to get terminals into the Korean market as casinos open and expand.

Earlier this year, LT said it expected to be able to install about 1,000 terminals in Macau this year, with 700 installations in the U.S. and about 300 to 500 in Australia.

“For the Macau side we are still very comfortable. For the U.S. side for the number of casinos we may reach that target, but in each casino the number is not as much as we expect. probably will be less than originally expected,” he said.

LT has launched 8 new products at MGS, including its first currency exchange kiosk, QFX, a fast-betting terminal and new e-baccarat tables. It will launch a further three, or four products in the first quarter of next year.

The QFX machine is an automated exchange machine, similar to an ATM, that allows users to exchange US and Hong Kong dollars, renminbi and Macau patacas.

The new E-baccarat table has between five to 10 seats and allows betting electronically, while having a live dealer. The live feed can be broadcast to other terminals throughout the casino, increasing the potential number of participants in any game.

The new Fast Betting Terminal is developed for advanced players and allows players to be on multiple games simultaneously from a list of 10 scorecards within a single portal.

Chun said the new products had been well received by visitors at the show.

He said the company has felt the impact from the drop in gambling revenue in Macau, which will have fallen for 18-straight months in November, but not as acutely as some others. He said he sees significant opportunity for the gaming equipment suppliers in Macau from the drive to capture the mass market player and the transition to more non-gaming attractions.

“In the long run, in a very mature market like the U.S., people spend money there for pleasure rather than for gambling and in the future we will see that in Macau as well, so that’s why the government is so eager to expand the mass market,” Chun said, adding he had never known the operators to pay as much attention to the gaming equipment suppliers.