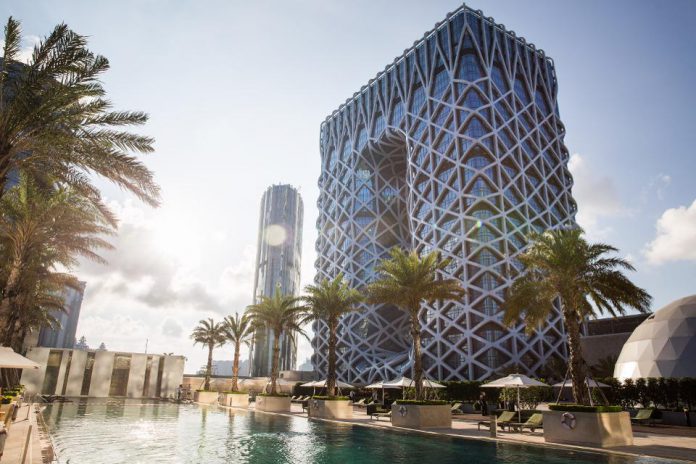 Melco Resorts & Entertainment and MGM China outperformed their peers in the latest reporting season, as the ramp up of new product offerings drove growth.

According to analysts, both companies gained market share in Q3. Nomura Research, which focuses on volume share rather than revenue share as it’s not distorted by the luck factor, said Melco was the biggest gainer up 310 basis points from the same point last year, while the biggest market share losers have been Wynn Macau, which was down 130 basis points and SJM Holdings, which is down 120 basis points.

As reported by the six operators, Q3 gross gambling revenue was down 4.1 percent, with VIP off 26 percent and mass up by 15 percent. The figures differ slightly from those reported by the regulator, the Gaming Inspection and Coordination Bureau (DICJ), which puts the mass market up by 18 percent and VIP down by 23 percent.

The general theme in the shift in market share has been the decline in VIP revenue so far this year, which has had a bigger impact on VIP-focused properties such as Galaxy Entertainment, Wynn Resorts and SJM Holdings. However, analysts noted Melco and MGM have gained share in both segments.

“Over 12 months ago, we argued week after week that investors should overweight MLCO and MGM on the thesis that their innovative and compelling new capacity on Cotai would lead to share gains,” the Nomura analysts wrote in the note. Any investors that took note, would have seen a 31 percent jump year-to-date in MGM’s share price and 26 percent upside in Melco.

On Nomura’s analysis, Melco now has a 22.1 percent share of the overall market, compared with 16.4 percent a year ago. Its share of the VIP market has gone from 16.6 percent to 24.5 percent.

MGM has seen its overall share tick up from 8 percent to 9.9 percent, with VIP going from 6.9 percent to 8.9 percent.

Deutsche Bank notes that the two operators were the biggest share gainers in EBITDA, rolling chip volume and both mass and VIP gross gambling revenue.

MGM opened its jewellry box-themed IR on Cotai in February 2018, almost doubling its capacity in terms of hotel rooms. The opening left SJM Holdings as the only Macau operator without a presence on the Cotai Strip.

MGM has been rolling out facilities, including most recently the opening of its Mansion Villas, which the company says has generated more premium mass business.

Jefferies notes that quarterly EBITDA at MGM Cotai hit HK$693 million, the highest level since the February 2018 opening, with the number of tables increasing to 262 from 185.

At Melco one of the key drivers for growth has been the opening of Morpheus in its City of Dreams complex. The hotel, which was designed by the late architect Zaha Hadid, made its debut in June last year and has since won accolades for its exoskeletal design.

“CoD Macau recorded strong growth in both VIP and mass table segments (helped by continued ramp up at Morpheus and improvements in mass table hold rates to 33 percent),” Bernstein noted. “Studio City suffered in VIP but recorded growth in line with the overall market in the mass segment.”

The analysts noted that despite a strong performance, the group’s Q3 results were lower-than-expected due to low hold rates, particularly in the VIP segment.

After Melco, Galaxy Entertainment had the largest volume share of the market in Q3 at 19.6 percent, which was down from 22.3 percent in the same quarter last year.

Analysts noted however that the company’s margins had improved as its ratio of VIP to mass was the lowest in the company’s history at 45 percent, down from 56 percent a year earlier.

Analysts from Bernstein said the VIP weakness was due in part to the renovation of two VIP rooms which was completed and reopened towards the end of Q3. Ongoing renovations at StarWorld and Galaxy Macau also had an impact on business.

Sands China continued to be the standout performer in the higher margin mass business, with 30.5 percent of the market in volume terms. It was down slightly from a year earlier, but streets ahead of Galaxy, its closest rival at 17.7 percent.

Its Q3 earnings came in slightly weaker than expectations and analysts noted that ongoing construction work to convert its Sands Cotai Central property into a London-themed resort, together with ongoing renovation at the Four Seasons will have an impact on traffic into 2021.

That said analysts at Bernstein are recommending investors buy on weakness in the share price due to “fundamental value in the stock, given the company’s mass strategy, strong balance sheet and focus on dividends.”

Wynn Macau saw its share of the market fall to 17.6 percent from 20.1 percent, with VIP dropping from 21.4 percent to 18.9 percent and mass declining to 13.1 percent from 14 percent. Results suffered from low direct VIP hold, but overall were in line with analysts’ forecasts.

SJM Holdings says the construction of Lisboa Palace is nearing completion, but the actual timing of its debut will depend on pre-opening checks by the government. In the absence of a property on the Cotai Strip, the former monopoly holder has been steadily losing market share, which in volume terms fell to 12.2 percent in the most recent quarter, down from 14.8 percent in the same period last year. Its earnings missed consensus estimates by 6 percent.

As expected the weakness in Q3 results was down to the VIP market, though analysts noted that in their market outlook, management at most operators expressed optimism for a turnaround in 2020.