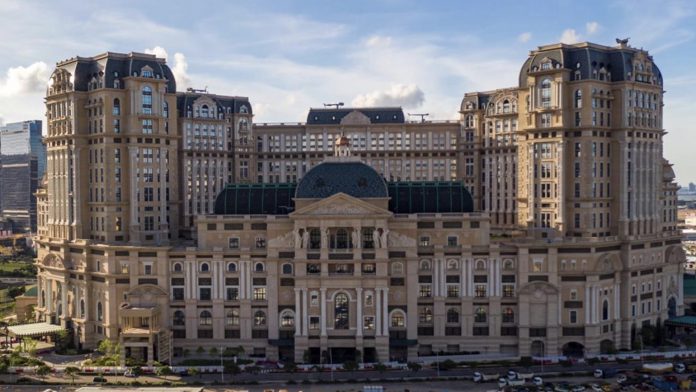 SJM Holdings informed prospective employees at the recent job fair that December 20 was the tentative date for the opening of the much-delayed Grand Lisboa Palace in Cotai, according to the Macau News Agency.

Those selected to become employees are expected to begin their duties next month in preparation for the opening.

SJM Holdings itself has yet to publicly confirm an opening date, except to say that it will likely be before the end of the year.

Grand Lisboa Palace is a US$5 billion development with 1,900 guest rooms and suites in the Grand Lisboa Palace Hotel, Palazzo Versace Macau, and Karl Lagerfeld Hotel. Other features will include a wedding pavilion for celebrations and events, a multi-purpose hall, and entertainment and leisure facilities. About 90 percent of the facility will be dedicated to non-gaming elements.

Close by will be the US$650 million, four-star Lisboeta Hotel in Cotai, developed by Macau Theme Park and Resorts Limited, a company led by the 27-year-old Arnaldo Ho, son of Stanley Ho and SJM Holdings Managing Director Angela Leong.