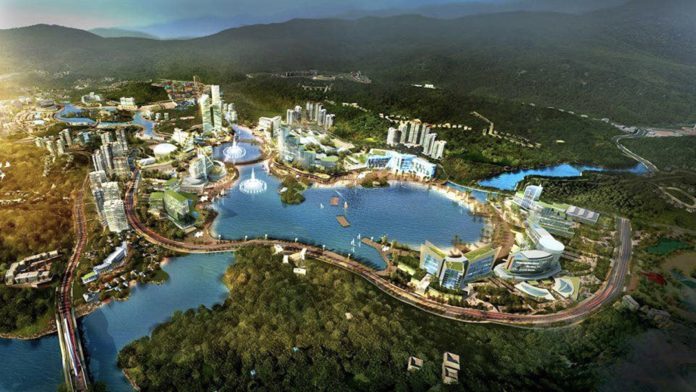 Sun Group’s Van Don IR planned for Quang Ninh province on Vietnam’s northern coast is expected to be completed in 2025, according to local media reports.

Covering over 2,500 hectares, the project is to encompass hotels, resorts, villas, resort apartments, commercial centers, a horse racing facility, an 18-hole golf course, and a casino.

The Van Don entertainment complex was approved for planning in 2016 with an area of more than 2,500 hectares. According to the Management Board of the Quang Ninh Economic Zone, the project has a total estimated investment capital of about VND47.5 trillion (US$2.1 billion), of which the capital contribution of the investor of the Sun Group is about VND6.9 trillion (US$300 million). The rest will be mobilized from domestic and foreign banks.

Sun Group, originally established in Ukraine in 1998, is currently operating in four areas: resort tourism, entertainment, high-end real estate, and infrastructure investment. Along with its 51 member companies, it has developed more than a hundred projects.