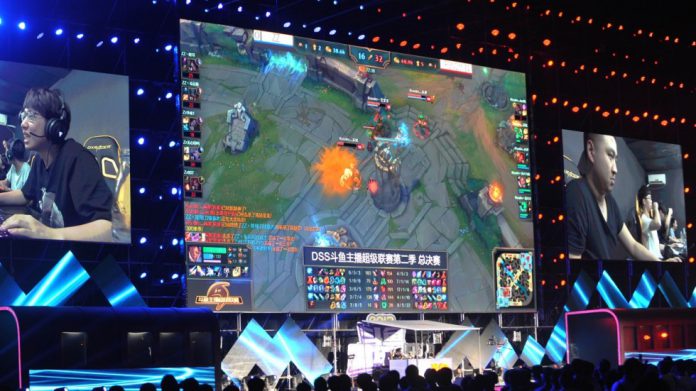 The current surge in eSports viewership and betting is unlikely to be sustainable once sporting events return to normal post the Covid-19 pandemic, according to leading industry figures participating in Asia Gaming Brief’s recent webinar.

As major sporting events across the world have shut down, sports betting fans have been scrambling to find new outlets and eSports was the obvious solution.

As well as growth in original eSports titles, such as CS:GO, League of Legends and Dota 2, electronic versions of real games have also gained significant traction, such as FIFA 2020 and eNascar. Major league stars have become involved, helping to draw in their fan base.

After the cancellation of the Australian Grand Prix, Red Bull’s Max Verstappen took part in the All-Star Esports Battle, and McClaren’s Lando Norris played in the Not the Aus GP event, organized by Veloce Esports.

According to a presentation by Niko Partners Southeast Asia analyst, Darang, 61.7 percent of Chinese said they were watching more eSports than before, while 63.9 percent said they were playing more. China is already the world’s largest market, with revenue from mobile and PC-based gaming forecast to hit $16.6 billion this year and more than 76 percent in the survey said they were spending more.

In Malaysia, total viewership for Facebook Gaming rose 87 percent in April, while in India Gamerji saw its active daily users rise from the usual level of about 12,000 to 15,000 to about 40,000 to 50,000 and Paytm’s user base jumped by three times.

Undoubtedly, the pandemic has thrown the spotlight on eSports, which had already been showing strong growth, but should sports betting companies now be dedicating more time and resources to the field and if so how?

The view from the webinar panellists was that these levels of growth are not sustainable.

“Esports has had a fantastic opportunity since the virus has curtailed the traditional sports,” said Michael Charlton, Asia Pacific director for the GVC Group, the owner of brands such as Ladbrokers and bwin. “It has shown significant growth, but it’s growing from a low base. Whether or not the attention can be maintained when sports come back to some kind of normality is unknown.”

Hai Ng, co-founding partner of Neomancer and an eSports specialist, agreed. “It is a bubble and when the stadiums open up again the bettors will go back to live sports and the growth rate will resume its normal track.”

Many of the new viewers and gamers were focused on replacements for their favourite sports and although they may have dipped a toe into eSports brands are unlikely to cross over longer term.

“The rise of FIFA 2020, NBA is probably not sustainable,” says Pinnacle Director of Trading Marco Blume. “I might be called an eSports purist, but the reality is that this is not sustainable growth. We have seen lots of reports from companies that are not usually in the eSports space who are thrilled at the numbers on FIFA 2020, but compared with CS:Go and the big three it’s miniscule to us.”

The reality is that eSports was already a strong and expanding market, but one which has a very different demographic from the traditional sports betting market, requiring a different approach from companies.

Pinnacle’s Blume says eSports now feature amongst its top four products, with the potential to be in the top three.

“To me that’s remarkable as when I started we had maybe two wagers a day,” he said. “We have seen exponential growth over ten years. It’s here to stay, when they talk about it being the next big thing they have already missed the train. It’s already a thing.”

To target the market, panellists argued that it’s not enough just to tag eSports into an existing sportsbook offering, or use the same marketing techniques. The eSports player is a coveted, but hard to target demographic, more inclined to watch games online than on traditional broadcast channels, or in printed media.

More than half of avid eSports fans are estimated to be in the 21 to 35-age bracket and 53 per cent of those are in the higher-income bracket, according to Newzoo research. About 65 per cent are likely to be in full-time employment.

“The challenge is how much of our finite resources do we divert to finding a totally new customer base,” GVC’s Charlton said. “If you divert so much attention to what is a fairly minor sport, what are you doing it to the detriment of, what are you taking it away from. That has led to some interesting debates internally on how we focus and find these new customers.”

“What’s relatively obvious is that a tab on your traditional sports betting website isn’t going to be the right thing as the cross over is not obvious. Maybe a completely separate website is the right way to do this.”

Aside from the demographics, the regulation also poses a challenge for sports betting companies, with much of Asia still a grey or black market. In the U.S, Nevada and New Jersey moved to embrace betting on eSports as the pandemic took hold, but so far there has been no cascade effect across Asia as some had speculated may happen.

The rapidly evolving game titles and game play, together with the young audience and a different approach to traditional gaming pose regulatory headaches.

Ng says the sport has made significant progress when it comes to integrity. Player prize pools now also run into the millions at bigger events, reducing the temptation for bribery and match fixing.

“Bigger tournaments go as far as drugs testing,” he said. “They also have to do an online course about what is cheating and collusion. as in the gaming world it can be quite normal for me to help out a player. In their minds it’s helping out a buddy, but in terms of integrity it’s collusion.”

An eSports offering should probably be part of every sports book by now, though investment levels shouldn’t be based on the growth trajectory witnessed at present.

“The silver lining is it has given the world at large a taste of esports,” Ng said. “That’s a seed that is planted and the curiosity level might make them come back and try again some other day.”

Adam Kling, founder and CEO of Kronoverse, in a recent case study said he sees a different future for eSports, one that utilizes the inherent advantages it has compared with traditional sports – namely, accessibility and low barriers to entry.

The company has developed an eSports platform using the Bitcoin SV blockchain to improve integrity and fairness for players and help to improve know-your-customer.

He sees blockchain as one way of helping eSports reach a post Covid potential.