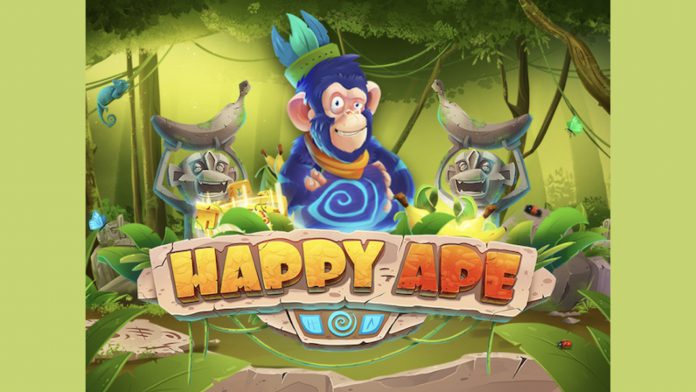 A lot has changed in 2020. It’s safe to say that global markets have been rocked by a dramatic series of unforeseen events, and our industry has certainly seen its share of alterations.

In spite of all the changes, some things have remained constant. Talk of a large-scale migration to the casino sector amongst sports bettors, for example, has not panned out in reality. Although Skill games, poker, virtuals and esports have all registered a significant uptick, the number of players enjoying casino titles has generally stayed the same.

For that reason, the retention of existing customers remains priority number one for the coming months. And above all, high-quality content will ultimately prove key to engagement. Enter Habanero’s latest smash-hit, Happy Ape.

We went bananas with new features in the action-packed 5×3 release, which encourages Jungle Book fans to access modifiers and multipliers by unlocking the game’s alluring treasur chest. The innovative Ape Smash feature removes non-winning combinations to award prizes, with up to six further Wild symbols landing on the grid during the Banana Toss feature.

The title’s immersive soundtrack and stunningly realistic graphics recreate the thrill of swinging from the trees for nature-loving gamblers with a taste for adventure. And for those dreading a winter without European travel, we’ve pulled out all the stops in the internationally popular slot title, Scopa.

Launched earlier this year, the title takes players on an action-packed tour of Italy’s internationally renowned cities, trying their hand at the country’s most popular card game en route. A beloved national tradition for more than 200 years, Scopa (meaning broom) rewards those who ‘sweep’ the table by matching another player’s card.

Inspired by the card game of the same name, Scopa showcases expanding wilds, stunning graphics and historically themed characters in an authentic adventure through some of Italy’s most-visited destinations. With stay-at-home restrictions likely to stay in place, Habanero’s adventurous titles allow players to discover new environments without leaving the house.