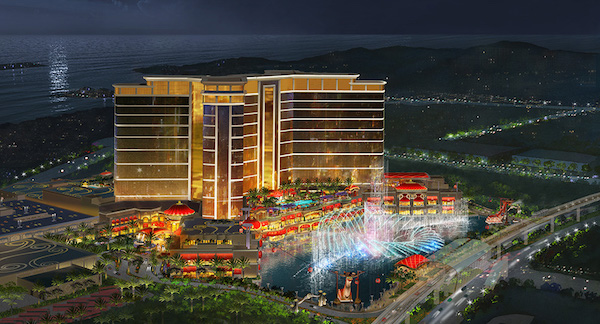 Chinese Premier Li Keqiang praised Macau’s efforts to diversify its economy during a three-day visit last year, but market experts say operators are still trying to get the recipe right when it comes to non-gaming attractions and face an uphill struggle.

Macau, spurred by Beijing, has been seeking to boost its non-gaming sector since gaming revenues spiralled downwards in 2014 on the back of a crackdown on corruption.

“Most visitors view gaming as an extension of the holiday experience, but not necessarily the only reason for visiting Macau. Shopping and dining are important aspects, with time spent on both surpassing hours spent gaming,” said the brokerage.

According to Bernstein, visitors spent an average of 2.6 hours on shopping (in casino hotel), 4.4 hours on activities outside resorts (which includes shopping), and 2.5 hours on non-gaming activities in casino hotels, compared to 4.7 hours on the gaming floor.

Operators have been making efforts to bolster their food & beverage and retail offerings in order to satisfy the market.

“The quality, value and diversity of food & beverage is certainly a customer preference driver in deciding where to visit, play and stay in Macau,” said Kevin Clayton, chief marketing officer of Galaxy Entertainment Group.

“In response to increasing demand Galaxy Entertainment Group has increased its dining options in Galaxy Macau and Broadway to over 120 destinations, as we continue to bring to market the greatest diversity and choice matched with quality and service, with several new outlets opened 2016 and others to follow 2017. The Macau visitor [is] becoming more discerning and therefore more demanding at all price points,” he added.

But good food and new dresses won’t keep the Chinese occupied for long.

In 2015, over 120 million Chinese citizens travelled overseas. Out of this number, only 13 percent made their way to Macau, with many more flocking to neighbouring Hong Kong, Japan, Korea and Singapore for their shopping, food, and entertainment needs.

“There is no doubt that non-gaming is attracting the Chinese globally, but ​it does not play a significant role in Macau’s case,” said Glenn McCartney, an associate professor of gaming and hospitality management at the University of Macau.

“There’s a major shift, because going back 10 years ago, we were the preferred destination because we were familiar, people could speak their language…” said McCartney. “But the Chinese outbound tourist is more savvy now.”

Operators are also finding it difficult to come up with a non-gaming product that appeals to the Chinese customer’s tastes and discerning wallet.

Tryst Nightclub years ago tried to emulate its success in Vegas, but failed when it couldn’t attract enough party goers through its doors. Las Vegas’ famed Cirque du Soleil in 2012 closed its Zaia show only three-and-a-half years into its 10-year contract, and similarly, the Taboo Cabaret show saw its early demise at City of Dreams Macau last year, only two-and-a-half years following its 2013 debut.

Another example is legendary broadway musical, CATS which opened in 2015 at Venetian Macau, but failed to build enough interest for a second run.

Recent openings in Macau have put a focus on providing non-gaming amenities. Visitors are treated to Las Vegas-style magic shows and blockbuster rides at Melco Crown’s Hollywood-themed Studio City, whereas Wynn Resorts’ Wynn Palace is displaying famed Chinese artworks. But, alone, the new amenities alone will not be enough for visitors to decide on making the journey.

“I have been following the market for 13 years now and there hasn’t been anything that is non-gaming in orientation that people will specifically come to see or witness,” commented Sudhir Kale, CEO of Game Plan Consultants, previously a consultant to Sands China.

Sam Sheng at Macau Double Squared Consulting says the problem lies in the market segment to which non-gaming offerings are targeted. The majority of the retail offerings are still at the luxury end of the market, despite efforts to bring in more High Street brands.

“Macau non-gaming amenities have been focusing on the upscale segments,” he said. “However, such amenities only attract small percentage of Macau’s 30 million plus annual visitors.”

McCartney says the problem stems from Macau’s (lack of) destination brand image. When you look at Vegas, the first thing that comes to mind isn’t necessarily the casino industry, it’s a place to come to party and have fun, he says.

But “Macau as a whole has not made up its mind in terms of what it wants to be known for and where it wants to carve its niche,” added Kale.

To combat the problem, McCartney and Kale say a change is needed in how operators approach non-gaming.

“Non-gaming was never given any particular emphasis because gaming revenues are [too] substantial,” said McCartney. “Non gaming in many aspects is looked upon as a support pillar and a driver for gaming revenue and particularly for premium mass and VIP junket,” he explains.

“Companies are largely providing non-gaming amenities in an effort to appease the government,” said Kale.

“…no one in their right mind believes in the foreseeable future, that we are going to have a balance between non-gaming and gaming similar to that of Vegas.”