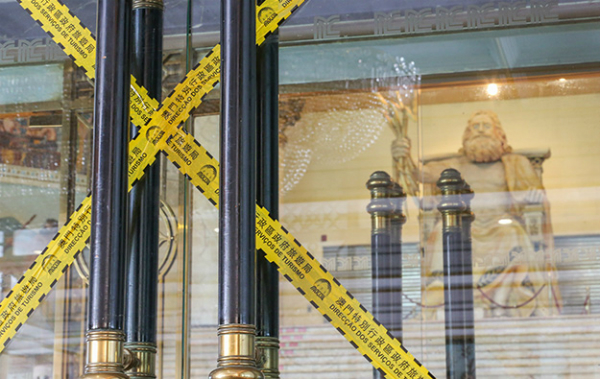 Beijing Imperial Palace has yet to commence corrective works on the property to rectify its faults after the government ordered its temporary closure in late July, local media reports.

“At this moment, from what we know, they have yet to conduct any works on the property [Beijing Imperial Palace]. Just yesterday we received letters from the hotel saying that they are having difficulties in terms of documents coming in, in regard to the construction works,” said MGTO director Helena de Senna Fernandes, quoted by Macau Business Daily.

At the same time, the hotel has also been facing complaints from travel agencies regarding unfulfilled contracts of 70,000 hotel rooms booked before the hotel’s closure, said Fernandes.

In July, the MGTO ordered the temporary closure of Beijing Imperial Palace Hotel for a period of six months as the hotel “committed serious administrative irregularities and failed to carry out essential fire safety measures.”

“MGTO has reason to believe that it would cause serious or irreparable damage to the public if the Office did not adopt any provisional measures,” said the MGTO in a statement at the time.

During the temporary closure, the hotel will not be allowed to operate for business, but could apply for temporary entry in order to conduct the necessary works to rectify its faults.

MGTO director Senna Fernandes said it was the first time that a five-star hotel had been closed down temporarily by the government.

In regard to a potential extension of the initial six month deadline for improvements, the MGTO head said only that “I can’t say that there won’t be other factors that might create another consideration. But at this moment our decision is not to prolong the deadline”.