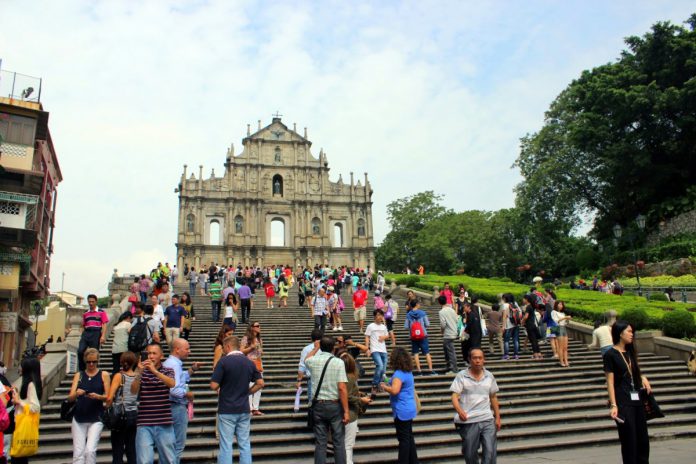 At the time of its handover to China in 1999, Macau’s transition from a colonial outpost to a semi-autonomous global gaming powerhouse was far from assured.

The Portuguese had left behind a substantial cultural legacy and several thousand expatriates, but the exchequer was bare, and 450 years of foreign control had left the territory without the empowerment and enablement for independence of thought of its leaders, and with limited institutional capacity and skills to assure its future.

Macau’s human capital was restricted to a population of 420,000, occupying a land area of no more than 28 square kilometres. Per capita GDP then was US$15,500, about 60 percent of what it was in Hong Kong, which had become a Special Administrative Region some 2.5 years earlier than Macau. The newly operative Basic Law left Macau responsible for its own fiscal affairs, which it was required to conduct conservatively and with a view to balancing revenue and expenditure.

Fast forward 20 years and Macau sits at the apex of the global gaming industry. Its nominal GDP of more than US$85,000 is approaching double that of Hong Kong, and is 25 percent higher than in Singapore, which opened its two mega integrated resorts in 2010. The SAR government generated a budget surplus in 2018 alone of more than US$5 billion, and has accumulated reserves of more than US$75 billion. Unemployment is structural, at under 2 percent. So all is good, right? Not necessarily, there is room for improvement.

While the concept of the full rice bowl undoubtedly guided the government to reserve the occupation of dealers exclusively for Macau permanent residents, the policy needs a re-think. There are currently around 26,000 dealers employed in the casinos, equivalent to 1 in every 14 people working in Macau. How is this compatible with the government’s desire to see Macau broaden its economic base, and to reduce its reliance on gaming? What does such a policy contribute to the development of a “smart” society, where knowledge, aspirations and technology drive greater success?

In August 2019, the government formally withdrew a proposal to set up a sovereign wealth fund, which it had planned to seed with about US$7.5 billion. Such a fund could have done some of the heavy lifting on diversification of Macau’s economy, but it seems the default position of reliance upon the casino concessionaires is to remain. Their interest in sustainability and wealth creation for the people of Macau is limited by the temporal and financial constraints imposed by the concession system; why should they invest in seeds when they may not harvest the fruit?

An openness to the use of Public Private Partnerships (PPP) for infrastructure development would have been vastly beneficial for Macau. Large public infrastructure projects since the East Asian Games in 2005 have evidenced a lack of institutional capacity for the management of them.  In less than the time it has taken to date to construct the city’s light rail system, the Zhuhai-Macau-Hong Kong bridge has been designed, funded, built, commissioned and operated. The foundations for wider use of PPP’s have already been laid by the casino concessionaires, with properties constructed and opened since 2004 utilising a Build, Own, Operate, Transfer model.

The process for the re-tender of casino concessions remains opaque, despite the fact that the present administration has had 10 years to deliberate on the issue. The SAR has 30 years left to run. Investment returns will be nowhere near as attractive as they were for the 2002 grantees. Slicing and dicing the concessions (including the so-called sub-concessions) into time frames shorter than 30 years makes little sense, given the prime sites are occupied, regional competition is growing, and the current concessionaires have arguably paid their way forward via a combination of high tax on their gaming revenues, and far exceeding their minimum contracted expenditure commitments.

The danger of retrospectives is that they tempt curation of the truth. I trust that I have not succumbed to temptation!

* Prior to founding Newpage, David Green was a partner of PricewaterhouseCoopers in Macau, and later Director of the firm’s gaming practice. He has advised on casino regulation in a number of geographies, including New Zealand, Singapore, Macau and Taiwan.