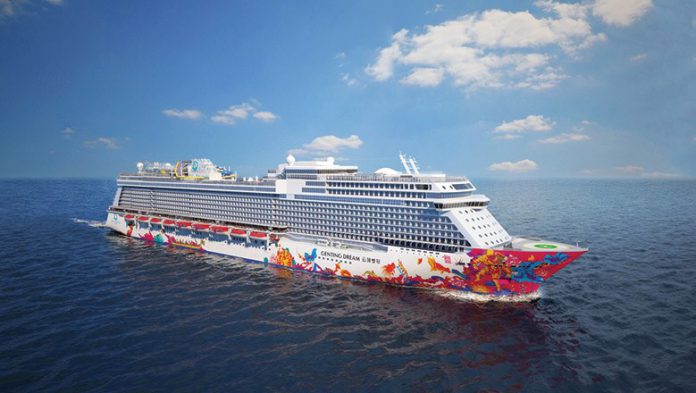 Genting HK said it’s delaying the delivery of two new ships by about a year and cutting other costs to mitigate the impact of the Covid-19 pandemic.

The company said in a statement to the Hong Kong Stock Exchange that it expects its loss for the first half of this year to “be significantly higher” than in the same period of last year.

The group has been forced to suspend all its cruise ship operations, apart from Explorer Dream which resumed sailing in Taiwan late last month. Work at the MV Werften shipyards in Germany was suspended and Resorts World Manila in the Philippines is also closed.

Genting said it has reduced onshore operating expenses in respect of employee costs, including job cuts, salary reductions and no pay leave. It gave no details on layoffs.

It has suspended all capital expenditures other than that required to maintain the safety and security of its ships and delayed delivery of Crystal Endeavor and Global Dream.

The company also said it has secured agreement to defer principal payments on debt for 12 months, worth $220 million.

It is also seeking additional sources of finance from Germany’s Economic Stabilization Fund to fund the resumption of construction work at the shipyards and to maintain its cruise businesses pending resumption of sailing.

At present, there is no clarity as to when this might be possible due to restrictions imposed by governments.

In the same period last year, Genting reported a loss US$56.5 million, a 60 improvement on the prior year.