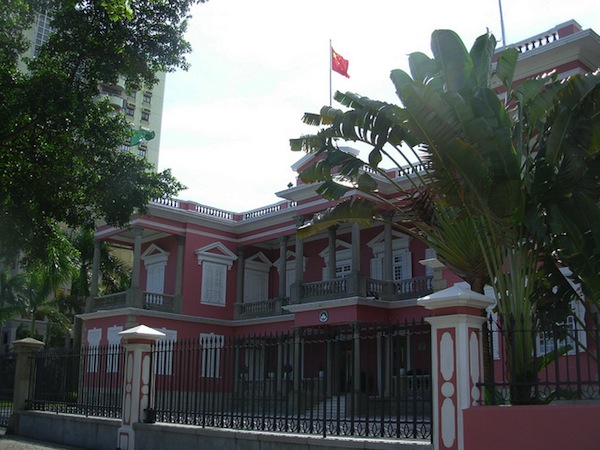 In just three years, the first of the licenses awarded to Macau’s concessionaires expire and, despite the billions of dollars invested by the operators in the market, there is still no clarity over the renewal process.

There is no mechanism under the current law for automatic renewal which, as the deadline approaches, is leading to increasing concern in the market as to the tack the government may take. Views on the ground are mixed.

“A myth has been put forward that implies that the renewals will be an automatic process and that the advantage will go to the incumbents… that is not the case,” argues international gaming consultant Ben Lee, managing director of iGamix.

“The government has come out very clearly and said it is not a renewal,” said Lee, adding that a seventh concessionaire is not out of the question either.

DICJ director Paulo Martins Chan, when asked about gaming concessions on TDM Radio last year, did in fact say: “Strictly speaking it’s not a renewal but a new concession.”

But beyond that, the government has allowed the market to play a destabilizing guessing game as to what form this may take.

In May 2017, stock prices of Macau’s gaming concessionaires took a beating after DICJ director Paulo Martins Chan made a comment implying that all concessionaires would have to rebid for their licenses through a public tender. Chan was speaking on the sidelines of the G2E Asia conference in Macau.

Finance Secretary Lionel Leong, in July, noted that the government “would analyze various options – including the possibility of amendment to terms and conditions – regarding any refreshment of gaming rights for Macau’s current gaming concessions and sub-concessions.”

The current system was put into place when the government broke up the monopoly of SJM Holding’s predecessor STDM at the turn of the millennium, awarding three concessions. These concessionaires were ultimately allowed to award sub concessions, resulting in the six in the market today; SJM Holdings, Melco Resorts & Entertainment, Wynn Macau, Galaxy Entertainment, Sands China, and MGM Macau.

Experts say any “rebidding” process would be highly destabilizing, though David Green, CEO of Newpage Consulting, said he hadn’t seen any indication that any of the concessions will not be renewed.

“What’s clear is that all six of the current concessionaires, will get the opportunity to renew… and certainly there would be no one walking away at this point,” said Green.

Vitaly Umansky from Sanford C. Bernstein said any non-renewal would be “viewed very negatively by any future investors into Macau, and by extension investors into Hong Kong and China,” and thus, wouldn’t be likely.

Instead, both suggest that all six of the current concessions will see their licenses renewed, but with additional economic costs.

Umansky pointed to a potential higher tax burden, though Green disagreed given the fact that Macau operators already have the highest tax rates in the region, working out at about 39 percent.

“They’ve managed to pluck the goose with a minimal amount of hissing to date, and no doubt would like that to continue” said Green. “Given the massive budget surplus run from year to year by the SAR government, there is not a strong case for [an increase in tax].”

So if not tax, what will operators need to do to placate Macau’s government and its citizens?

“At this point nobody knows, not even the government,” said Sérgio de Almeida Correia, a Macau gaming lawyer from ACS – Lawyers and Private Notary.

“What may be said is that Macau does not need more five-star hotels, or more fountain lakes with music, kitsch replicas of European monuments… Macau needs to improve the quality of living of the average family/citizen and this will require a different set of options,” he said.

The gaming experts believe that Macau’s concessionaires would be required to invest more in non-gaming developments, which makes sense given the government’s continued strides towards economic diversification.

One idea, would be for operators to invest in non-gaming facilities in Hengqin – such as hotels and office buildings, says Green, rather than any additional developments in Macau.

In regards to a seventh concessionaire, both Umansky and Green believe that pursuing such a concept would lead to a high-profile, complicated political debate in Macau, which “could easily result in outcomes that the Macau government would not desire.”

“Simply, if you open Pandora’s Box, there will be no end to it,” said Green.

Others aren’t so sure.

Correia says he believes we may see a 7th, or even an 8th concessionaire.

“For Macau, keeping competition between concessionaires is vital and things seem at this moment, to have stagnated,” said the lawyer. “It could be in Macau’s interest to have at least one more concessionaire in order to shake/revitalize the industry,” he noted.

There’s also the relationship between Beijing’s leadership and the Macau Liaison Office that needs to be taken into account, says Correia.

China’s upcoming policies, as well as decisions to be taken in the upcoming Autumn Chinese Community Party Congress will all come into play, he says.

And we can not dismiss the relationship that China holds with the US either, adds Lee.

“One of the main questions that Beijing is asking is: How did Americans end up with 50 percent of the market? Do we need the Americans?”

“If Beijing ever wanted to send a message to Trump, the outcome of the concessions could be viewed as an indirect yet subtle way to convey that message.”

But it may be too early at this stage to determine whether any of Macau’s six gaming operators currently are in any sort of firing line, and whether Macau may see the entrant(s) of new concessionaires.

One thing is for certain: there has been a strong shift from Chinese companies into the gaming industry – worldwide, noted Lee.

“In the last four to five years, I’ve seen a huge momentum by not only by Chinese private companies, but Chinese state-owned companies getting involved in gaming.”

Unfortunately, until the Macau government provides more clarity, the issue of concession renewal will be a hotly debated topic and a shadow looming over high flying casino stocks.