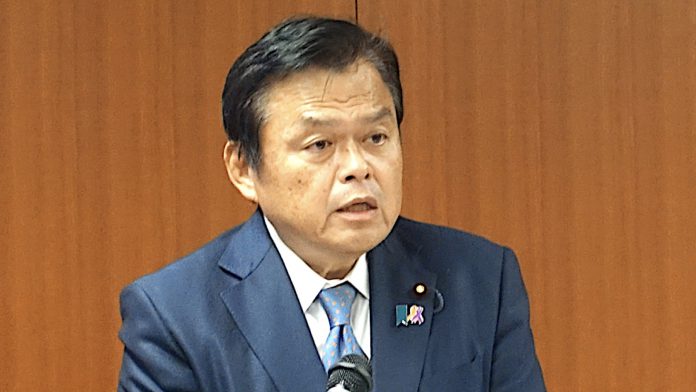 On Thursday the number of new Covid-19 cases in Tokyo shot up beyond one hundred, deepening concerns that the Japanese nation may be sliding into a second wave, and possibly necessitating an additional period of business closures.

Of course, that may or may not happen. The fact is that no one really has any idea what is coming next, even past the weekend.

Nevertheless, this is also the period when international IR operators are supposed to be putting together grand consortiums with Japanese companies and to propose multi-billion dollar development projects.

One wonders, who are these reckless businesspeople who are supposed to step forward at this unsettled juncture in history and commit US$10 billion or more to build the world’s greatest IRs on the shorelines of Osaka or Yokohama? Even if some of these business leaders are indeed bold enough to make such public promises, to what extent should outside observers regard their pledges as being ironclad? And to what extent will banks and other investors loan them the money?

AGB Nippon has been arguing since March—more than three months now—that the Abe government’s stance of pushing its existing policies forward, as if Covid-19 had changed nothing, is both unrealistic and counterproductive to Japan’s own interests. We have welcomed, therefore, the public hints that emerged this week from Minister of Land, Infrastructure, Transport and Tourism Kazuyoshi Akaba that the government is finally starting to reconsider its licensing application timeline. It’s long overdue.

But nothing has yet been decided, and there’s still not much reason to have faith that this government will grapple realistically with its current challenges, especially in its weakened political condition. The conclusion of the Las Vegas Sands executives that Japan’s government will blow it when it comes to the regulatory framework still looks like the smart bet.

Unfortunately, what these times call for are a pair of qualities that are not ordinarily the strong suit of Japanese bureaucrats—flexibility and imagination.

If one looks at the IR Implementation Act, it will be recalled that the government essentially gave itself a blank check on most policymaking issues. Radically different regulatory stances are possible without returning to the National Diet. Almost all the policies that matter are being drawn up by the bureaucracy and then endorsed by the Cabinet. In other words, there is still scope for huge changes if the government has the will to make such changes.

The world of 2020 is clearly something different from the world that existed when the Japanese government’s expert committees and senior bureaucrats were drawing up their drafts for the IR Basic Plan. This ought to be obvious.

There’s really only two smart ways the current situation can be addressed.

One would be to hold on to more-or-less the current IR development plans, but push the whole application timeline back two or three years. By then, the extreme uncertainty about the future may be resolved. Perhaps there will be a Covid-19 vaccine and the world will be returning to a status approximating business as usual. At any rate, answers regarding the viability of US$10 billion IR investments should be clearer by then.

The other possibility is to envision the IRs not as facilities that open their doors all at once, but that proceed in a number of smaller development stages. It’s much easier to push forward major Japanese IRs opening at perhaps the US$3 billion investment level, and then adding pieces going forward as market conditions permit.

While this is not the world-shaking vision of Japanese IRs that stirs the hearts of the most fervent advocates, it may be part of a pragmatic reassessment of what can be achieved with confidence under the current unsettled circumstances.

And, after all, Singapore, which is the closest thing to a model for Japan in respect to IR development, in recent months authorized a major expansion of both Marina Bay Sands and Resorts World Sentosa.

If Japan started small, and then the IRs proved to be the success that its advocates predict, nothing would stop the country under its current laws to authorize future expansions to ultimately bring them up to a world-class level.