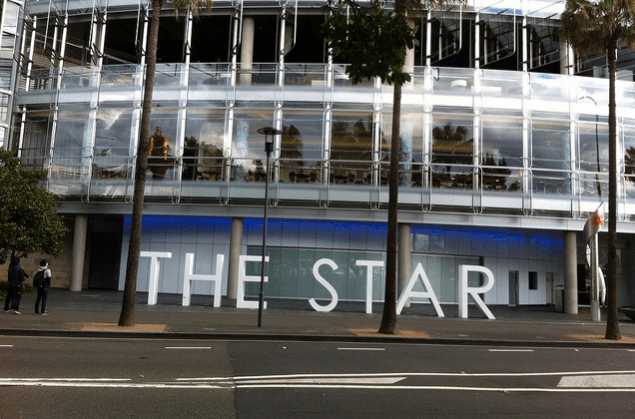 Star Entertainment says it moves to the next stage in reopening at its Sydney property from Wednesday, whilst casinos in Queensland get ready to open their doors from Friday.

Star said it will now be able to host up to 5,000 guests in Sydney, in the casino, based on a minimum amount of space per person of four metres. All electronic gaming machines and table places will be open, although there still needs to be a space of 1.5 metres between those not from the same family.

The property is now open to the general public, as well as loyalty members, though at least one member of a group will need to provide contact and other details to the casino.

Star says that it expects the spacing and capacity constraints to restrict business, based on past performance.

The casino reopened on June 1st to loyalty club members and guests and Star said business has picked up as visitation improved. Overall volumes in the private rooms are comparable with the same period last year, though individual spend has been significantly higher, it said.

Overall business is down, but within expectations, due to capacity restrictions.

Star will reopen its casinos in Brisbane and on the Gold Coast on Friday.

CEO Matt Bekier said in a statement that the next stage will allow the property to bring back 3,000 furloughed employees.

The Reef Casino in Cairns has also said it will be reopening its doors on July 3rd, while SkyCity Entertainment’s property in Adelaide opened on June 29, with a maximum capacity of about 2,200, including staff.

SkyCity said the expansion works at the resort are expected to be completed in October this year.