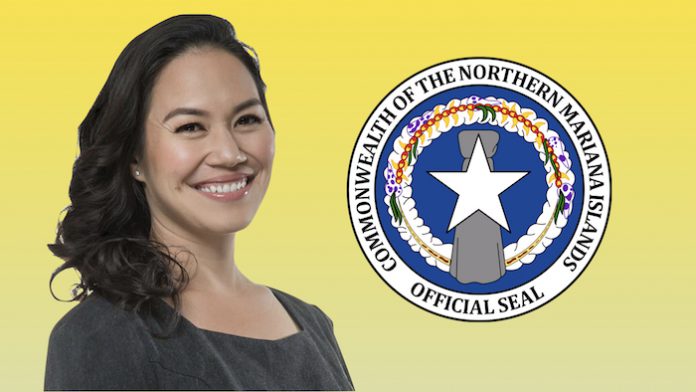 Commonwealth of Northern Mariana Islands Representative Tina Sablan speaks with Asia Gaming Brief Managing Editor Sharon Singleton about the probability that the Imperial Pacific International license to operate a casino on Saipan will be revoked. The government has found itself with a construction site eyesore in the middle of its prime tourism location and doubts whether anyone would want to step in to finish the project should IPI leave.

AGBrief  0:13:  The Casino Control Commission has been forced to postpone a hearing to revoke IPI’s license. What happened?

Tina Sablan 1:02:  The Casino Commission was all set to conduct its revocation hearing to consider whether to revoke IPIs exclusive casino license. But the day before the hearing, IPI filed a motion for a temporary restraining order in a federal court and the court granted it.

AGBrief 1:39: Would the hearing have revoked just the exclusivity part of the license, or would it have been taken away completely?

Tina Sablan 1:57: It was to revoke the license completely. Just for some background, this is following years of IPI’s breaches of the casino license agreement as well as Commonwealth law. In April 2021, after multiple complaints, the Casino Commission  voted to suspend the license. IPI appealed in November of 2021, to the Commonwealth Superior Court and in March of this year, the Superior Court affirmed the Casino Commission’s order, suspending the license. Shortly after that the casino commission filed additional complaints, basically updating the previous complaints because IPI has continued to fail to pay, for example, the license fee or the regulatory fee.

Tina Sablan 3:19: Because the district court has granted the temporary restraining order against the Casino Commission, everything stops. The casino commission is supposed to file a response to IPIs motion and there’s going to be a hearing in the Federal District Court on June 2. on whether there will be a preliminary injunction granted, and so that stops  all of the enforcement actions that the casino commission was poised to take. IPI is asserting force majeure defenses, and also seeking the courts assistance to compel the casino commission to go into arbitration rather than revoking license.

AGBrief 4:07: Is this frustrating for you?

Tina Sablan 4:09: It is incredibly frustrating. Most citizens have been appalled by IPIs constant failures to uphold their end of the agreement. There have been so many violations of CNMI law, federal law, and of course, the casino license agreement. There is also frustration I think with the Commonwealth Government and the regulatory authority for failure to really hold IPI accountable. We finally seemed to  be coming to the end and then there’s another wrench that’s been thrown into this. It just seems like this never ending saga.

AGBrief 5:19: One of the reasons that the judge gave for granting this temporary order was that IPI has said that it has access to $150 million in financing. Do you think that will emerge?

Tina Sablan 5:34: This isn’t the first time that IPI has said financing is imminent. We’ve heard this before  and we’ve even actually heard that exact amount before. It was a couple of years ago when IPI was telling the legislature that they expected $150 million financing to suddenly materialize and then they’d be able to restart and complete the project. Since the beginning of this whole project, it’s been this litany of lies. I’ll believe it when I see it. I’m amazed, frankly, that IPI seems to be really good at getting one last chance. There have been so many last chances that have been afforded to this company. I’m hoping that we will see the end of this ultimately, and all the powers that be will eventually say enough is enough.

AGBrief 6:45: Do you think $150 million is enough to complete that project?

Tina Sablan 6:51: No, I’m very skeptical that $150 million will be enough to make IPI whole. They owe everybody, the CNMI government, their vendors, and their  workers. My understanding is that there are other debts outside of the CNMI that remain to be paid.  There are other lawsuits that are also waiting to be resolved and that could be more liability for IPI. We haven’t even begun to talk about how they’re going to hire the workforce that’s needed to complete construction.

AGBrief 7:56: Do you have other potential investors who might come in and take over either the casino, or set up their own projects?

Tina Sablan 8:08: I am not aware of any serious prospects. There are politicians, some of my colleagues, who claim that there will be serious investors that will come forward once the CNMI has completely disentangled itself from IPI. I have very deep concerns about the viability of the gaming industry in the Commonwealth. I think that we really need to assess that feasibility. Do we really want a casino gaming industry in the Northern Marianas and what should that industry look like? What size industry would make sense for the Commonwealth? There’s also a question over how viable the structure of the casino resort itself is. These are just some of the questions that I think we need to answer. before we start talking about whether there are serious investors out there.

AGBrief 9:48: The market has changed considerably since this casino was conceived. It was very much targeting the premium Chinese customer and it’s very unlikely they’re going to get them now. Who do you think will come in?

Tina Sablan 10:11: Whether we’d be able to even reopen the CNMI to Chinese tourism is very much in doubt. We hear from pretty credible sources that the CNMI is on China’s blacklist. We know that when China reopens, we may not have access to Chinese tourism and so who will come to gamble in the Northern Marianas? Maybe there’s some hope of gamblers from Korea, but certainly there are plenty of competitors in the region. Then I often go back to the will of the people and it’s really difficult for me to forget how casino gaming was legalized on Saipan over the objections of the people who voted twice now against legalization of casino gaming. I think that this could be a blessing in disguise, because it affords us the opportunity to really consider the direction that we want to go in.

AGBrief 12:08: IPI initially pledged to spend $7 billion in the CNMI. That’s not likely to materialize?

Tina Sablan 12:21: There were all kinds of grandiose promises and a $7 billion investment was part of it. I wouldn’t say everybody believed that. I certainly didn’t at the time, but there were some high hopes that this would be the economic savior of the CNMI. For a time, it seemed like there was a lot of money coming into the CNMI, but here we are almost seven years later, and what do we have to show for it?