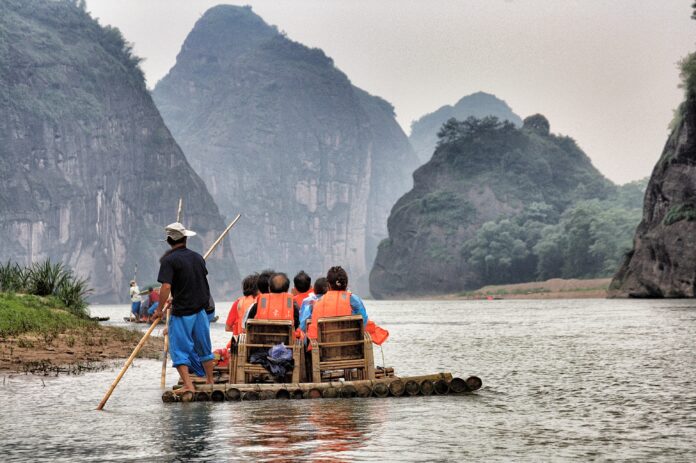 As the Covid crisis continues to rage across Asia, there appears to be little hope for a full return to international travel any time soon, however, once that does become a possibility will the post-pandemic traveller still be seeking the same experiences as before?

It’s the million, perhaps billion, dollar question, for Asia’s integrated mega resorts that are for the most part wholly reliant on tourists and mainly built with an eye on the $254.6 billion China outbound travel market.

As far as the China tourist in particular is concerned, there are further complications when it comes to choosing a holiday destination. Beijing has clearly warned its citizens not to go overseas to gamble, without being specific as to which jurisdictions were on its blacklist. It’s been widely speculated that the list will include most of the Asian gambling hubs.

Travel experts have noted changes in preferences on Mainland China and have urged overseas destinations to take note and prepare for the new wave of visitors.

Health and safety are likely to be prioritized, as are more nature-based experiences closer to home.

“I think we need to understand that most people won’t have travelled overseas for at least 18 months, possibly 2 years, and so much that has happened in the interim has been hugely unsettling to the lifestyle to which they had become accustomed,” said Gary Bowerman, a tourism industry analyst and director of Check-in Asia.

“So safety, security and personal health/wellbeing will be hyper-prioritised. Issues about insurance coverage etc and fear of being stuck if an outbreak occurs will be a dark cloud over the industry for a while.”

“And yes, open spaces and natural landscapes will be prioritised. So too will personalized itineraries, and self-drive vacations.”

These are trends also identified by the China Outbound Tourism Institute (COTRI). In a recent note, the organization pointed to the surge in popularity of recreational vehicles in China, with more than 1000 new companies springing up last year in this field.

It also says there has been an increase in luxury camping, or “glamping” as it is known. Back to nature with a Chinese twist includes a continued interest in luxury goods, which has already prompted luxury fashion houses such as Gucci and Loewe to roll out products catering for this sector.

Even prior to the pandemic, some analysts had been sceptical about the ability of some of the large-scale resorts springing up in beach locations around Asia to bring in the hard core gambler and that’s unlikely to have changed.

However, as COTRI CEO and founder, Dr Wolfgang Arlt points out “not all Chinese are the same and behave the same.”

In 2019, millions of Chinese visited beach resorts in Vietnam for example, and although they are unlikely to generate the levels of gross gambling revenue seen elsewhere, the casino is still a welcome entertainment option.

“For gamblers, especially high rollers, beach resorts are probably not very alluring, but for “normal” tourists the possibility to have some additional evening entertainment playing machines etc. for smaller stakes will work,” he said. “This will mostly work in the Asia-Pacific region, not so much for long-haul destinations, where the trends are rather nature and new experiences.”

Pacific Asia Travel Association (PATA) CEO Dr Mario Hardy says there will still be demand for large-scale resorts, but they will have to make greater efforts in convincing consumers that a visit to their resorts is safe and be more creative with the proposed experiences and offers.

“They need to create grand and unique experiences and welcome shows that can only be seen at their resorts, preferably for a limited time or for a limited number of visitors and create a FOMO (Fear of missing out) effect,” he said.

Bowerman adds that western nations perhaps underestimate the fear factor towards the virus in Asia.

As a result, IRs will need to prioritize health and safety features in their marketing materials to pull the traveller in. The Macau Government Tourism Office is doing just that at present, with its series of Macau Week roadshows across China focused on promoting Macau’s safety record in handling the virus.

IRs in the Philippines have also been proactive in pushing their hygiene credentials, with Okada Manila for example deploying new technologies, such as cleaning robots to sanitize the property.

In the immediate aftermath of the crisis, Chinese travellers are expected to prioritize regional destinations, especially those that have handled the crisis well.

The Economist Intelligence Unit (EIU) forecasts the most popular countries for Chinese travellers post-pandemic are likely to be Hong Kong, Macau, Cambodia and Laos, followed by UAE, Malaysia and Thailand.

The EIU is not expecting a normalization in the China outbound market until 2024, although it suggests Macau and Hong Kong could recover sooner.

However PATA also believes that the boom in domestic tourism seen as a result of the crisis may be a longer-term trend.

“I believe many people have taken this opportunity to rediscover their own country,” Hardy says. “Most have realised that there are still wonders to discover closer to home. The increase of overseas travel will be highly dependant on a number of factors, perceived health, hygiene and safety of a destination, air accessibility, ease of border crossing protocols.”