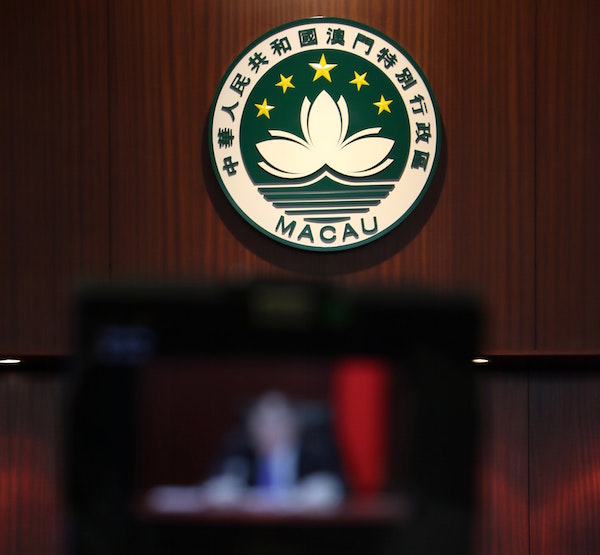 On Thursday, Macau’s Secretary for Economy and Finance assured that the Macau SAR government would be moving forward with its public consultation on the new gaming law within the second half of this year.

Speaking to the press, the official stated that the government is “carrying out the work,” while noting that the SAR government had never established “an exact timeline”.

Macau’s Chief Executive had previously assured in his Policy Address last November that the government would complete the revision of the gaming law by the fourth quarter of 2021, having commenced its redrafting in the first quarter.

A finalised draft bill would then be submitted to the Legislative Assembly to debate.

But this process is not only subject to the length of the public consultation but is also dependent on the upcoming Legislative Assembly elections, set to take place mid-September.

Only once the new legislature is formed will they begin to debate new laws and alterations, and historically a backlog of other laws pertaining to pressing social issues – such as housing, health and infrastructure – has not been finalised by the end of the legislators’ term, being left in the hands of the new legislature to resolve.

The restructuring of the legislation is paramount if Macau is to progress with its gaming license re-tendering process, and the clock is ticking down to the June 2022 deadline, when the current concessions expire.

The same Secretary, Lei Wai Nong, had previously assured that this deadline would not have to be pushed back, after SJM and MGM had their concession and sub-concession contracts extended by two years to match up with the expiration of the other four Macau concessionaires and sub concessionaires.

But the onerous process of carrying out a public consultation, even before getting down to the fine print of the new legislation required to implement the tender, has drawn both industry members and experts to doubt the feasibility of the current timetable.

During the recent earnings release conference call, Sands China President Wilfred Wong opined that the government was not “in a rush” to review the legislation, in particular the issue of concessions and sub-concessions.

Wong noted that: “naturally the extension of the concession is an option which the government will have to look at”.

No official legislation exists granting sub-concessions in Macau, a legal question the government will have to resolve along with other issues – pointed out by former senior legal advisor to Macau’s Gaming Commission António Vilela – such as a lack of official land registration for some properties (which are currently operational) and the “astronomical value of outstanding chips”.

Also speaking to the media on Thursday, Macau’s Chief Executive, Ho Iat Seng, stated that the over-reliance on gaming had led to a budget deficit during the pandemic, something the government hopes to fix through diversifying the economy.

In this vein, the top official announced that there would be “good news” soon regarding increased cooperation between Macau and the neighboring Guangdong province, to be disclosed by August.

Numerous operators have already begun focusing on integrating non-gaming offerings in the neighboring island of Hengqin, such as MGM China, in hopes of achieving synergy between the two sides and having access to more land, a valuable commodity in Macau.

Increased control of Hengqin by Macau authorities or relaxed border and economic control measures had previously been speculated as being part of this proposed “good news”.