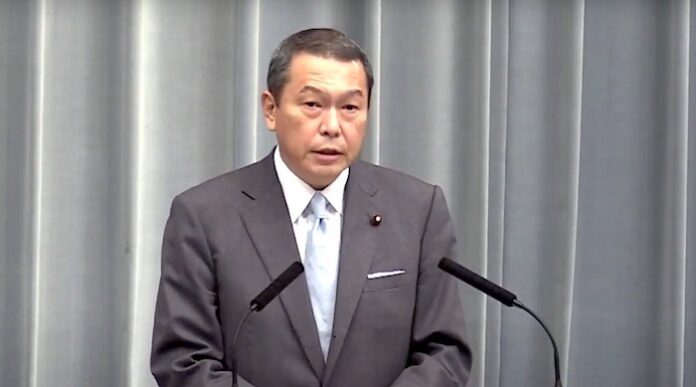 In an unexpected move, the ruling Liberal Democratic Party appears headed toward backing a candidate for Yokohama mayor who will campaign on a platform of opposing the current Yokohama IR development plans.

Reports emerged this weekend that National Public Safety Commission Chairman Hachiro Okonogi—a member of the Suga Cabinet—will soon resign his national government post to run in the Yokohama mayoral race as the ruling party’s candidate. The big twist is that he will apparently be running on a policy that is negative toward the current IR development plans.

The political advantage of jettisoning the IR is clear. The project is deeply unpopular with the public and it is set to become the defining issue of the mayoral race. The ruling party may have judged that if they stayed the course and ran as the unabashedly pro-IR force, they would essentially be handing over power in one of the nation’s most important cities to the opposition.

And Yokohama is not just any major city, it is also the home district of Prime Minister Yoshihide Suga. Losing his own city to the opposition a month before general elections and ruling party leadership elections could be disastrous humiliation for the nation’s top officeholder.

Okonogi is very close to the prime minister. The young Yoshihide Suga began his rise to power as the political secretary to a ruling party politician named Hikosaburo Okonogi, Hachiro’s father. They are, in a real sense, political brothers. It’s unlikely that Okonogi would be making such a dramatic move without the agreement and perhaps the direct encouragement of the prime minister.

It’s difficult not to read this move as a betrayal of incumbent Yokohama Mayor Fumiko Hayashi, who is believed to have supported IR development in Yokohama in accordance with the prime minister’s wishes. However, because she has gained such unpopularity for advocating the IR, she is now being thrown under the bus for her loyal service.

There are still some unclear points that will likely be revealed this week.

First of all, it is not known if Okonogi be running on a platform of fully and irrevocably opposing IR development, or if will it be a more nuanced position only promising to “review” the current plans. In other words, his stance might still leave open the possibility that, for the second Yokohama mayoral election in a row, the ruling party would take the IR issue off the table at voting time only to embrace it once again after the elections have concluded.

The other unknown is what incumbent Mayor Hayashi intends to do. She is said to be keen to run for reelection, but having apparently been abandoned by the ruling party and by her political patron, it is not clear if she will just quietly step aside, or if she will run as the only pro-IR candidate in this race, perhaps with the support of the Yokohama Chamber of Commerce & Industry.