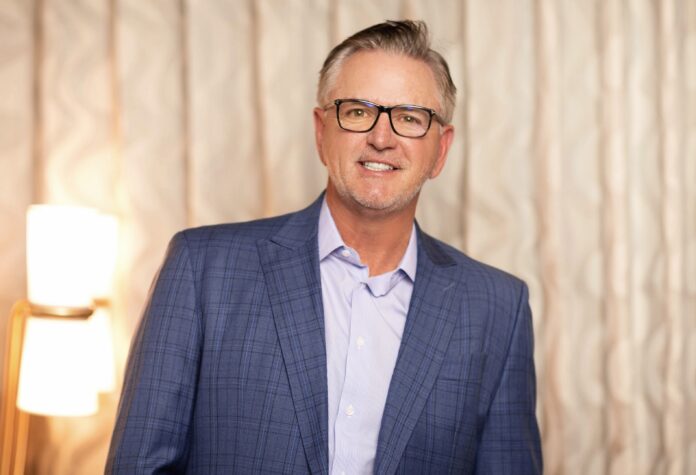 Genting’s $4.3 billion Resorts World Las Vegas is scheduled to open its doors on June 24 and contrary to expectations will be making its debut into a market that is rapidly rebounding.

From midnight on June 2nd, properties on the Las Vegas Strip were able to return to full capacity without social distancing requirements. Large crowds gathered to mark the event in the city, which has already seen busy weekend traffic from drive-in markets.

The strength of the recovery has surprised some, who had predicted that Las Vegas’ strong reliance on the MICE market and air traffic would delay a rebound.

In Q1, U.S. gambling revenue as a whole was 4.1 percent above the industry’s pre-pandemic level in Q1 2019 and matched the highest-grossing quarter ever, which was Q3, 2019, according to figures from the American Gaming Association.

In an email interview, Scott Sibella, President of Resorts World Las Vegas, outlined some of the key features of the property and his expectations.

“I’m proud to say we are opening on time,” he wrote. “Though the pandemic brought unprecedented hurdles, we were fortunate that construction never fully stopped. We’re prepared to open our doors on June 24 and excited to finally unveil what we’ve been working so hard on.”

“We’re building a truly integrated resort with everything guests need for the ultimate vacation or visit. The resort will offer an array of amenities under one roof, from casual experiences and dining options, to high-end attractions such as fine-dining restaurants, a world-class theatre and some of the city’s most luxurious suites.”

“I believe our guests will really love the way we’ve programmed the property – we have an immersive arrival journey, a variety of room products and plenty of  fun, new experiences. The diversity of offerings, advanced technology and the exciting moments awaiting within the property will set the resort apart.”

“Las Vegas is already showing strong signs of recovery and we are so excited to be a part of the city’s revival.”

Resorts World Las Vegas is a unit of Malaysia’s Genting and was initially scheduled to open in 2016. It has been delayed by several design changes, in part due to a legal fight with Wynn Resorts, which claimed it had too many similarities with its Encore.

The resulting property has moved far away from the original China-inspired features, which had triggered criticism in Las Vegas for a return to the more old-fashioned themed resorts.

“The property’s design will combine traditional and modern architecture with progressive technology while paying homage to Genting’s roots with subtle Asian touches within the art, decor and service standards,” Sibella said of the finished product.

Genting had been expected to be able to draw on its deep database of Asian VIPs, who were increasingly travelling to Las Vegas. However, that market too has changed.

The resort is now built and the company will need to wait to see if the customers will come. Analysts are confident that the old adages will still apply and new product will drive growth.

“I believe demand for Resorts World Las Vegas will be strong,” said Josh Swissman, founding partner of Las Vegas-based, The Strategy Organization. “Though the environment it is going to open in is very different from the one where it was planned, significant demand will exist nonetheless. The team has done a good job of pivoting from its dominant Asian influence and catering to said audience, which was prevalent in its designs early on. While Resorts World Las Vegas still pays tribute to the company’s roots and heritage, it has become much more inclusive in terms of the amenities that it will offer.”

Given the size of the investment in Resorts World Las Vegas, analysts are expecting the property to drag on profit, incurring losses in the first two years.