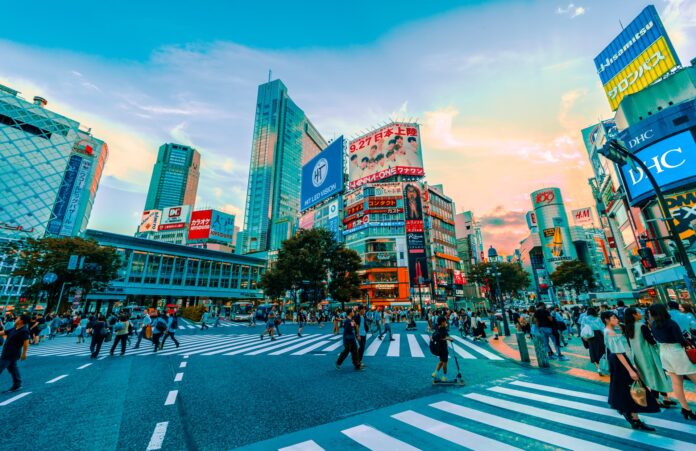 While developments in Japan’s land-based gaming market move ahead at a snail’s pace, the online market continues to expand, attracting an increasing number of overseas players.

According to estimates, the growth over the past year has seen average levels of spend per active player trending well ahead of European benchmarks, with some European brands growing revenue by more than 150 percent last year.

Recent World Bank data shows 91 percent of the country’s 126 million population use the internet, while mobile usage is among the highest in the world with about 141 mobile phone subscribers per 100 people.

There is no legislative framework for online gambling in Japan, although authorities have not been proactive in trying to curb the practice, unlike in other Asian jurisdictions.

From March this year, the Google Play app store began allowing real money gambling apps from 15 additional countries, including Australia, New Zealand, and Japan. In theory, the four categories of apps – online casino games, lotteries, sports betting, and daily fantasy sports – need to be legal in the jurisdiction in which they are being offered.

A look at figures from the country’s $38 billion annual pachinko market also clearly highlights the appeal. However, it’s not an easy market to enter and requires in-depth local knowledge and patience.

Malta-registered OneTouch, a mobile-first game developer, recently teamed with a Japanese studio to enter the market, with the planned launch of 12 localized slot and table games.

“Local player preferences are mainly shaped by their previous gaming experiences. For example, regardless of whether they tried them, punters in virtually every other major market have at least some idea of what a traditional slot game is,” she told AGB in an emailed interview.

“In Japan, on the other hand, they generally do not. They have experienced a range of gaming and entertainment options that are completely different to those enjoyed elsewhere. As an online casino provider, if you don’t bear the market’s unique customer preferences closely in mind, you are unlikely to succeed there.”

Poola said generally, Japanese clients look for rapid gameplay, a high entertainment value and a strong anticipation factor through the opportunity to win big at any moment.

Industry insiders have stressed the importance of developing unique content for the Japanese market and not something that has been tweaked from somewhere else.

For OneTouch the logical step was to team with a local studio to develop customized games.

“We have no doubt that the partnership is a strong fit, and there are a whole host of exciting titles that will be released as a result of it,” she said. “Those games will be of an exceptionally high quality, and we feel confident that they will perform very well in the period to come.”

There are currently few reliable estimates as to the size of the market in Japan. One executive last year estimated that online casinos may be generating about $300 million annually and the Covid lockdowns had given further impetus to growth.

While player acquisition is a challenge, if you can win a customer to your site they are loyal and valuable clients, much more so than numbers seen in the U.S. Some reports have put lifetime player values in excess of EU2,000, with that figure expected to rise.

Oddspedia, an EU-based firm that provides infrastructure for online betting platforms, has also set its sights on Japan on hopes that the government may ease restrictions on online sports betting.

“Ongoing changes in the legislative environment will have a major impact on the region’s iGaming market,” Co-founder Jeton Kodia said in a late July press release. “As a result, many big Asian marketing firms are watching the sector closely.”

The Financial Times reported in April this year that Tokyo may legalize betting on football and baseball, creating a market potentially worth $65 billion. There have been no further developments on this and some insiders are sceptical it will materialize any time soon.

Oddspedia is looking to forge partnerships in Japan with local marketers and affiliates.