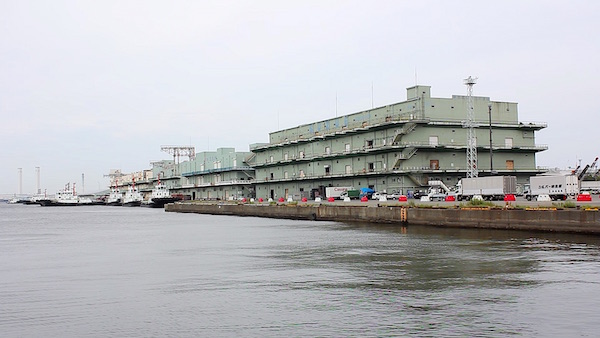 The Yokohama city government released on Monday a more detailed summary of the results of the RFI process carried out last summer, revealing that the investment amounts proposed by the operators for an IR at the Yamashita Pier location ranged from JPY620 billion (about $5.6 billion) to JPY1.3 trillion (about $11.8 billion).

Last September it was understood that a dozen companies had submitted plans and information to the Yokohama municipal government: eight were international IR operators, two were domestic property developers, and two were other kinds of Japanese firms. Now it is revealed that among the eight IR operators were Caesars, Galaxy, Genting, Melco, MGM, Sega Sammy, and Wynn.

The eighth international IR operator declined permission for its identity to be revealed, but considering the field of those operators which have expressed interest in bidding for Japanese major markets, it was almost certainly Las Vegas Sands.

The various operator designs proposed the construction of MICE facilities and luxury hotels that would have between 2,700 and 5,000 rooms.

The city’s more detailed report comes in the wake of the establishment of the anti-casino Yokohama Harbor Resort Association earlier this month with the participation of 244 local companies and led by Yokohama Harbor Transport Association Chairman Yukio Fujiki, the most potent foe of the local IR development schemes.

The Yokohama Harbor Resort Association proposes MICE facilities and hotels on the same scale as the IR plans, but without a casino, which they deem as economically unnecessary for the Yamashita Pier location and socially destructive to the local community.

Yokohama Mayor Fumiko Hayashi, while still maintaining that she is a “blank slate” on the issue of an IR bid, is clearly skeptical of Fujiki’s plans, stating at a recent press conference that “from the point of view of IR management it is difficult to do it without a casino.”

Meanwhile, the pro-IR Yokohama Chamber of Commerce & Industry still intends to create an “IR Promotion Council” by the end of this fiscal year.