Yokohama Mayor Fumiko Hayashi sketched out in slightly more detail her policy on the possibility of bidding for an IR at her city’s Yamashita Pier location. Her basic message was as follows: “Until the national policy becomes fully apparent, we remain a blank slate on this matter.”

Meanwhile, at a New Year’s event held on January 4, Chairman Yukio Fujiki of the Yokohama Harbor Transport Association reiterated his opposition to the IR concept: “In regard to Yamashita Pier development, I’d like to see, not a casino, but rather stylish facilities including an international convention center, hotels, etc.”

Chairman Fujiki’s view, however, is explicitly not shared by Chairman Takashi Ueno of the Yokohama Chamber of Commerce & Industry, who keenly advocates establishing an IR at Yamashita Pier and critiques Fujiki’s view by asserting that the city will need the tax revenues produced by a casino facility.

Chairman Ueno stated at a gathering at the end of last year, “After deepening the public’s understanding of gambling addiction, I would like 2018 to be a year in which we move forward in bidding for an IR.” 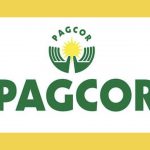 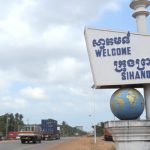