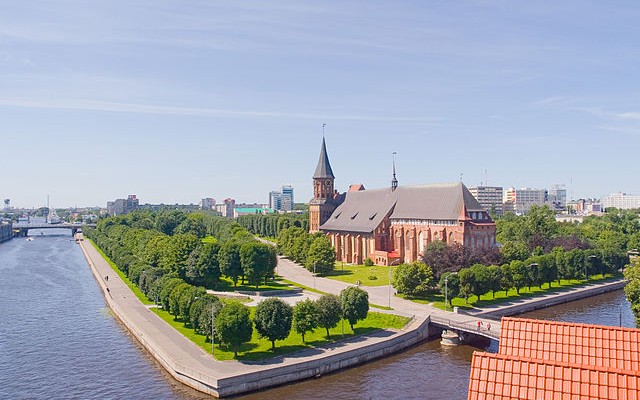 Authorities in Russia’s northernmost region of Kaliningrad have given the approval to hold land auctions for about 80 hectares of the Yantarnaya gambling zone, which was previously transferred to a single investor, local media reports.

According to regional deputy Alexander Nikulin’s speech at the local parliament, the authorities are currently clearing the 80 hectares of land to be leased out and intend to leave the existing investor with only 10 hectares left.

“There are people who are ready to come to these sites, but, unfortunately, the land lot was completely at the disposal of one participant, and, accordingly, this limited the ability of other participants to get there and build casinos… There are about 90 hectares of the zone. Out of this territory, we have about 10 hectares left in use by the participant who won and built the facilities, and about 80 hectares will be cleared so they can be used,” Nikulin said.

CJSC STK Group of Companies from Moscow won the competition for the right to lease a large land lot in the gambling zone in 2014.

“According to the terms of the competition, the investor submitted to the regional government a business plan and a project for the development of the Yantarnaya tourist and recreation zone. Project developers pledged to invest at least RUB 44.5 billion in its implementation. The lease term of the plot is 15 years,” the regional government said back then.

However, in five years only a slot machine hall and the Sobraniye casino have actually been built.

In December 2018, Kaliningrad Region Governor Anton Alikhanov said that the investor of the gambling zone in Kulikovo is “slightly” lagging in terms of implementation of the investment project. This was due to difficulties with project financing.

In other news, it is an increasingly difficult time for bookmakers in Russia, after new regulation in June took effect which forces bookmakers and totes to cease operations in nine regions where gambling is not permitted by relevant regional bills, ranging from Irkutsk Region to Chukotka Autonomous District.

Meanwhile, one of the two major self-regulating organizations – First SRO – reported about its successes in tacking similar ban in other regions, while head of the second SRO – Association of Betting Shops –  Darina Denisova called the regulation “another stone in the foundation of the repressive policy of the authorities in relation to the legal betting industry”.

First SRO earlier appealed to the authorities of Nizhny Novgorod Region with a request to lift the ban and received a positive response. The same result was achieved in Belgorod and Bryansk regions and Dagestan.

Russian bookmakers may also be dealt another blow by a bill, which has recently undergone its first reading in the Russian parliament. If passed, it will allow bookmakers and totes to only accept bets on sporting events, horse racing at racecourses, entertainment and entertainment events broadcast live by TV channels, as well as voting results, election and referendum results.