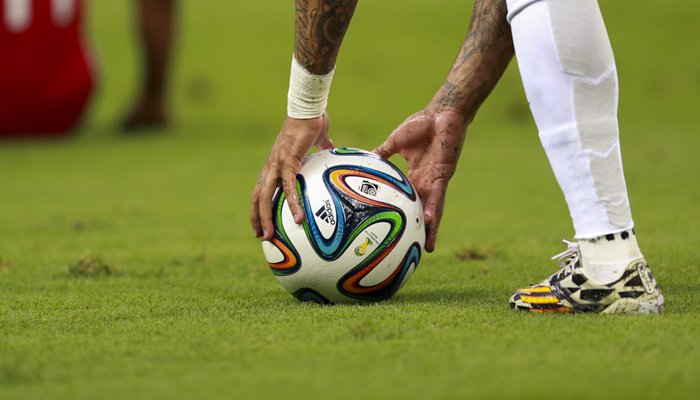 With the football World Cup finally at a close, Russian bookies are finding their profits are lower than expected, despite a surge in volume.

Russian gambling analytics portal Bookmakers Rating estimated that bets worth up to RUB250 billion ($4 billion) were taken during the tournament, including in the illegal segment – bookmakers not legally registered in Russia.

While authorities stepped up their campaign against illegal activities, the twists and turns of the tournament took their toll on the legal market. Russian media watchdog Roskomnadzor blocked more than 12,000 illegal gambling websites in June alone.

Unexpected victories and defeats at the group stage initially looked quite promising in terms of profits, but the final game with its easily predictable winner reduced the profitability to 8-9 percent.

Bookmakers now hope to retain at least some of the new customers, fearing an outflow in August after their overall turnover increased two- and three-fold compared to football-free periods.

By volume of bets taken and the number of punters, this year’s World Cup broke all records for Russian bookmakers, according to Bookmakers’ Rating.

Leading Russian bookmaker Liga Stavok also estimates the volume of bets accepted during the championship at up to RUB250 billion, including the grey sector. While another popular bookmaker, ”Baltbet”, has a similar estimate, putting the turnover of bets at licensed bookmakers at RUB120-130 billion, and a 1.5 times smaller figure for the illegal sector.

To put these figures into perspective, in the whole of 2017, the volume of accepted bets amounted to RUB677 billion ($10.8 billion), with 59.5 percent accrued to the legal sector.

Bookmakers also note that the number of active players and the turnover in general increased two to three times, compared to a regular month. Thus, Liga Stavok says its number of bets has increased by 1.5 times, customers by 2.4 times, the volume of bets two-fold, and an average rate by 1.3 times. Popular bookmaker Pari-Match reached its personal record in terms of active clients during the final game on 15 July, it also registered 85,000 new accounts during the World Cup.

According to Russian bookmakers, the Russia-hosted World Cup managed to outperform other major tournaments (which were held outside of Russia) in terms of taken bets, including the 2014 World Cup and the 2016 European Championships. Liga Stavok’s turnover exceeded the figures of the Euro-2016 by 4.3 times, and the World Cup-2014 by 8.6 times, while for Fonbet – two- and three-fold respectively, and for “Marathon”  by 100 percent and 20 percent, respectively.

In particular, four out of the five favourites in the tournament (Argentina, Brazil, Germany, and Spain) did not even reach the semi-finals. Brazil and Argentina were punters’ favourites up to the start of the play-off stage, and the failure of Germany to get out of the group and Croatia reaching the finals were the main bombshells. One football fan lost RUB4.3 million roubles – the largest bet at the tournament – after tapping a Germany victory in the group stage match with South Korea.

One of the most impressive bets was made by a Liga Stavok client who bet RUB100 rubles ($1.4 dollars) on the exact score of three matches (Columbia-Japan, Poland-Senegal, Russia-Egypt). His correct guesses lead to a payout of RUB531,988. The highest pay-out after the final was made by the Fonbet bookmaker, which was also Russia’s major advertiser in Russia on three main channels broadcasting the games.

Before the start of the World Cup, many punters placed bets on Russia making it to 1/8 finals (98 percent of bets, according to influential daily Kommersant), with up to 10 percent of those placing bets believing that Russia will win the championship. These figures were similar to those for Belgium and France.

But at the end of the championship, the situation changed radically: at the semi-final stage most players bet on France which eventually won. The France-Croatia final game was loss-making for bookmakers. According to Baltbet analysts, there was “no day worse for bookmakers” in 2018 than 15 July.

The 2018 World Cup did not bring bumper profits to Russian bookmakers: a high number of goals (there was only one zero-zero draw) and a predictable end (the match for third place and the final) reduced the profits to an average level.

Baltbet estimates an 8-9 percent increase for bookies, so major legal bookmakers could have earned RUB10-12.5 billion.

One point which is yet unknown is how much foreigners bet on World Cup matches. Bookmakers’ Ratings previously estimated this figure at RUB750 million.