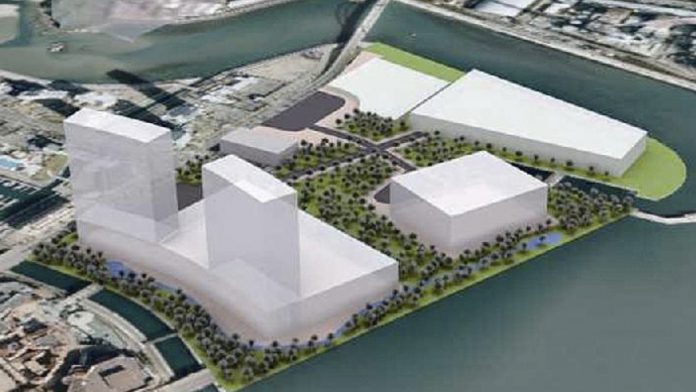 The Wakayama Prefectural Government is aiming to open its Marina City IR in 2024, simultaneously with the anticipated Osaka Yumeshima IR.

The prefecture is gradually firming up its IR plans, being one of the few local municipalities which has already resolved most of its local political obstacles.

The prefectural government is budgeting JPY200 million (about $1.8 million) for IR-related expenditures for the next fiscal year, starting in April. Most of this budget is expected to go toward the process of selecting an IR operator partner for the prefecture.

The IR at the Marina City site is expected to utilize 20.5 hectares of the island’s total 40 hectare size. Among other facilities, the vision calls for the construction of a five-star hotel with about 2,500 rooms and about 50,000 square meters of MICE space. Construction expenses are estimated at JPY280 billion ($2.6 billion) with a nine-year investment recovery period.

The prefecture estimates that there will be about 4 million annual visitors to the IR and that it create 20,000 local jobs with a JPY 300 billion (about $2.8 billion) annual economic ripple effect.