VIP gaming revenue’s share of Macau gross gaming revenue decreased year-on-year in the fourth quarter of 2019, according to data released by the Gaming Inspection and Coordination Bureau.

VIP gaming revenue, represented by VIP baccarat, fell 23.1 percent year-on-year to MOP32.3 billion (US$4 billion), with the year-on-year not as far as analysts had been expecting. 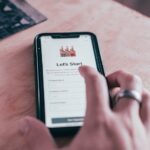 South East Asia - April 14, 2021
Online gambling operators on average lose around 30 percent of their potential customers during the initial sign-up process as a result of inefficient KYC processes, according to customer journey experts.

April 15, 2021
Melco Resorts & Entertainment said it ha become the first integrated resort operator in Macau and the Philippines to achieve the international third-party responsible gaming accreditation RG Check across all of its integrated resorts.